Remember when I used to do monthly roundup posts? I only did the first three months of 2009, which I actually kind of miss. Perhaps it’s something I’ll bring back.

So: what happened in 2009 here on Sugarbutch?

I’ve been dating Kristen, and in fact we were together all of 2009. Some of the dirtiest Kristen stories are here grouped together, though most of those occur in the first half of 2009, before my particularly difficult late summer and started playing with Daddy/girl play. I guess I wrote a little too vividly about Kristen, at times, because I got enough snarky comments and emails that I finally wrote some clarifying statements about what she represents in on getting girls off.

At the end of the year, I started giving Kristen homework, which prompted some questions about our d/s dynamic. I’m still working out the details on

I won some awards in 2009! I got TWO Lezzy awards, for Best Gender Bender Blog and Best Sex/Short Story/Erotica Blog. I was also named to the Top Sex Bloggers list of 2009 for the second year in a row!

I launched Top Hot Butches in June, and that exploded in both good and painful ways. I initially included about a dozen trans men on this list, and that was a fairly poor choice, so I took them down, and wrote why I did so in on removing trans men from the Top Hot Butches list. I also contacted or was contacted by many of the trans men on the list, and in the end about half of them remained on the list (the other half I have not been in contact with; I did not hear from any trans men who were included on the original list saying that they wanted to be excluded).

After I went on a particularly transformative tantra retreat, I lost my job in July, though it didn’t officially end until September, when I was on administrative leave for the last few months of 2009. That meant that July and August were particularly I’m using the few months of cushion to launch my freelance work, which will be graphic design (like flyers, postcards, business cards) and web design (banners, ads, blog headers, blog templates) and writing.

I wrote a series called My Evolving Masculinity out of some of the difficulties and growing of the summer. Part One: Introduction, Part two: Yin & Yang, Part Three: “Daddy”, and Part Four: Personal.

I wrote a particularly vulnerable piece about what it’s like to come inside your lover as someone strapped on, and a piece asking, “is it a trans characteristic to wear a cock?” about cock-centricity and gender identity.

Apparently I didn’t write all that much on femme identity in 2009, but I did write a rather long, thorough piece On Femme Invisibility that I like quite a bit. I was also published in the Femmethology! Dacia recorded an mp3 version of my Love Letter to Femmes, and I kicked off the Femmethology blog tour.

I kept writing the Sugarbutch Star stories, but only wrote four out of five. In theory, there is one more coming, which I have started by not finished.

Some more miscellany, from Sugarbutch and me around the web …

Other big news! Oh yeah, I write a column now!

I started writing for Carnal Nation in October, a column called Radical Masculinity. This is a major accomplishment, and a goal that I’ve wanted for a long time. I LOVE Carnal Nation and I love my editor, Chris, over there, and the pieces we’ve published so far are some of my favorite things I’ve written. I’ll always

I wrote a couple other things for Carnal Nation first, including being on their Perv Panel, which is on a hiatus. I wrote various pieces of advice, but I’m coming stronger to not really thinking I will pursue being an advice columnist. I like it, but I really don’t have time to get everything done that I’d like to as it is.

Oh yeah – I wrote product reviews, especially for sex toys. I think that might be a separate post, though – a roundup of all the products I reviewed, or a list of my favorites, might take a little time. 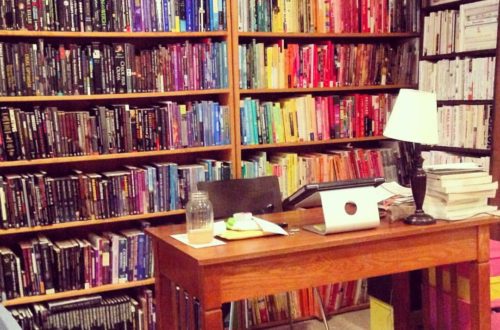