There’s something I want to clear up, especially for those folks who have only been reading Sugarbutch for the last eight or so months that Kristen and I have been dating and who have not read the archives.

Kristen gets off really easily. I mean like really easily. You already know this. She can come ten or twenty times in an evening, and then ten or twenty times the next morning. Sometimes I get tired out and she reaches her hands down between her legs, still keeps going, knows she’s got a few more in her. I’ve gotten her off in parks, in cabs, in public, with some words in her ear and my hand on the outside (or inside) of her clothes.

Point is, this ability to come often and easily, in my experience, very rare. I know I am writing about it often, and that most of the smut stories I’ve written for the last eight months have involved Kristen, instead of the fictionalized stories I was focusing on more last year, but I am well aware that girls do not usually get off like this.

My ex of four years was pre-orgasmic, and did not come once while we were together. She had what she called “baby orgasms,” and though we had many hours of conversation about what she liked and what we could try, as far as either of us could tell she had never gotten off, ever.

Dating someone pre-orgasmic was completely bizarre to me when we were first puzzling it out. I remember going to my roommate and my best friend at the time, saying, “she has never gotten off! I mean like ever! Never!” and both my roommate AND my best friend responded with, “yeah, so? I, uh, never have either.”

Suddenly I felt like I was the weird one, for having masturbated (to orgasm) since I was maybe 12. So I did what I do, I went to the internet, and I read some books, and I asked the folks at Babeland for sex toy ideas, and I watched some Betty Dodson DVDs – I did my research. Turns out something like 4-5% of women are pre-orgasmic or non-orgasmic.

I’m sure not much more than that, if any, get off like Kristen does, so that still leaves another 80% of us somewhere in the middle of those two, getting off sometimes but not always, or getting off with our hands on our own but not with partners, or coming from clitoral stimulation but not from some sort of something inserted inside. Some folks need very specific stimulation in very specific ways. I’ve said in the past that the first time I have sex with someone, I don’t really expect either of us to get off, since we just don’t know each other’s bodies well enough for it yet. It often takes a lot of time, and work, to get the perfect factors in place.

I think I’m a bit more bold now about just flat out asking, “what gets you off?” or asking her to put her fingers on her clit, but I fully recognize that I basically have to re-learn how to get a girl off every time I sleep with someone new. There are some similarities, sure! – thank heavens – but what one person wants might be precisely what is very painful for another.

It is awesome – in the sense that it inspires fucking awe – that Kristen gets off the way she does. I love it. In some ways it’s practically the ideal, for a butch top who wants a femme bottom lover, someone I can just play with and fuck and fill up and get off until she’s begging me to stop, and then I get her off a few more times.

But just because it is an ideal doesn’t mean there aren’t other ideals, or that she’s just had it so easy because that’s the way her body is built – she used to feel incredibly guilty for her interest in sex, her ability to get off, her ability to ejaculate, her own desires. In her words, “I used to only come by myself, but then I learned how to trust people better, and dated non-assholes, and started having the kind of sex I wanted to have.”

Part of my point here is, nobody’s journey to sexual empowerment is easy. Just because Kristen’s or mine or anybody’s appears to be “ideal” doesn’t mean it hasn’t had its problems and complications. In fact, one of the reasons I started Sugarbutch to begin with was because I was not having the kind of sex I wanted, and craved, and I didn’t know how to get it. (Can I just have a moment, a smile, at no longer having that problem? Hell yeah.) But getting the kind of sex that you want means you have to figure out a) what it is you want in the first place, b) how to ask for it, c) how to turn down sex that isn’t it, and d) how to keep it alive and growing. Those are fucking hard challenges, way harder than they sound, and they sound pretty hard.

I’m not attempting to glorify what Kristen’s body is capable of so much as I just want to write and share my sex life, because I love writing about what I did last night and I love how Kristen loves being written about and I love dialoguing with people about making their sex lives better and I love storytelling. I definitely want to be with somebody who really likes sex, but ejaculating and multiple orgasms are not a prerequisite for that.

There are many, many different ways that girls get off, and the ways Kristen does is just one person, just one example. There is nothing wrong with the way her body works, no reason for her to feel ashamed of what it does, just like there’s no reason for you to feel ashamed of what yours does, either. The challenge is to really figure out what it does, what it likes, and be okay with that. 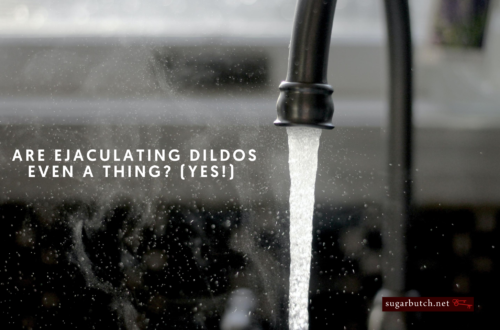 16 thoughts on “On Getting Girls Off”