I’ve done PSI twice before, once as a participant in about 2002 and once as an assistant here in New York in about 2007. The first one I remember vividly—many of the different pieces of it—and I easily can point to that workshop weekend to say that that is when I discovered I was a top. The entire workshop centers around exploring dominance and submission, power and surrender. I found the surrender parts fairly easy but not particularly heated, and I was shocked to discover not only how I liked to be in charge, channeling power, but also that I had an inner sadist ready to be cultivated.

The difference between what I am capable of doing now and what I could do then is significant—I felt so connected, and so able to move the overwhelming emotion that came up for the entire group at various times. There were certainly moments where I nearly panicked with the expectation (that I set on myself, mostly) that I would be able to hold or move something, but generally when faced with that responsibility I could meet it gladly and capably.

The most significant moment of this was during two rituals on Sunday, when we started out with a wand of light tantric meditation (which I can’t seem to find any description of online) in order to raise some of our energies so we could go into the next ritual, which was transformative and about shadow, and very intense. The wand of light meditation starts at the root chakra and builds all the way up to the third eye, one chakra at a time, and I could feel it so intensely, especially toward the end, that I was kind of certain my head was going to come off as energy shot skyward and began exploding things.

I, as an assistant (and having had experienced this ritual before, which the other two assistants had not), was expected to go first in the second ritual. The facilitator described that we shouldn’t calculate what we were going to do, but that we would know it was time to come up when we felt a quickening. Oh, I felt it alright. I knew I had to go up there, and do something with this energy which was pulsing through my spine, but I wasn’t really sure what to do or how to do it.

I tried to describe it to another one of the assistants later. During the meditation part, I felt the energy rush up into me so intensely and come pouring out of the crown of my head that I layed down to get some better grounding, trying to remember that I was held by gravity, but even that didn’t work: instead of going up through my entire body, it started going from my root chakra through my pelvis and up into my cock, which became so incredibly erect and upright and felt like it was going to shoot off of me.

I sat back up, and tried to ground in other ways.

It dawned on me that this wand of light, this energetic connection to the earth, was there all the time, not just now—it’s something that I’ve dropped into numerous times at tantra workshops in recent years, and it always surprises me that it’s still there, and in fact it’s easier to access the next time around.

Realizing and deeply feeling this connection made me think of something another assistant had said on our ride up: that we are not living on the earth, but living in the earth, since the atmosphere is not actually part of space but part of our unique planet. We swim around in it. We would not survive outside of it. We are held upright to the earth by this magical gravity, but we are not separate. In fact, I felt like a puppet, like this wand of light was actually the earth creating me, coming up into me and animating me.

That is what I would have liked to express when I got up in front of the whole group to open the second ritual. But I couldn’t form words. As a writer and poet I find that extremely frustrating. The facilitator even asked: Are there words to go with this? I was shaking with every breath. Filling up with light and energy and then feeling it pour down my spine again as I breathed out, or pour up through the crown of my head. My hands jerked and felt electric.

“I feel like a column,” I managed to say. Really this energy felt penetrative. It felt like I was being fucked by spirit. It felt like it—and I—was rising out of the earth. It felt like the earth was using me to fuck the sky. I had no idea how to form words, it was all I could do to sit still and not explode.

And that was just about it. Three minutes were up, quickly, and I sat back down, unsure if my head was still attached. And then I started to panic. Oh fuck. What if I stay like this? What do I do with all of this energy? What is it going to do to me? It doesn’t seem to be working to just let it flow through me—and by “working” I mean it doesn’t seem to be calming me, but rather ramping me up. How do I calm this quickening? I have to work now, I have to assist and support others in their reveal, how am I going to do that?

Words from another facilitator came to mind: When you feel you can’t handle something, give it to the earth. She can handle anything. I would have tried anything right then. So I redirected all that energy that was coming up through me and thought of it pouring down into the ground, and immediately my head cleared. Immediately I felt so solid and stable and grounded. Immediately I no longer felt crazy but powerful, and powerfully alive.

The ritual poured through me, one person after another, and mostly I was so intensely connected and moved by it that tears just streamed down my cheeks for person after person, and I gave it all back to the earth. Help me hold this, thank you, thank you.

I feel like my reveal was sloppy, and that I was in a little bit of a state of panic when I went up there, but it’s clear that the energy was present and that I was a conduit for it. And the ritual happened, successfully, with the transformative energies we were seeking, so clearly something went right. I don’t know what I would have done if I’d been able to see outside of myself a little better, and it’s clear to me that what I did was the only thing I could have done at that moment. Perhaps it’s the performer in me who would have liked to have a better translation of my experience into my expression. But I can—or will try—to let that tiny sliver of regret go, and to not let it drive me.

What I learned about grounding was powerful, and I think that will stick with me.

There were a couple other fascinating things I’d like to report to you about, though they were not workshop content so much as things around the workshop that came up, like the debate over where female ejaculate comes from (the urethra) and where it is stored (the paraurethral sponge, I discovered). And the conversations around female/feminine sources of power and how easily that power can be mistaken or misused as manipulation instead of power, and how that flavor of power is even encouraged to be manipulation in this culture. And the conversations about butch identity with the facilitator and the other assistant—how there is a constant butch scale in our heads which compares and contrasts us to each other, and fears that we are the least butch of the group. There are many more things I could write about.

But it’s day three of being back, and I have so many things I need to accomplish, my email inboxes are too full, and I’ve been avoiding some regular tasks the last two days as I have been trying to take good care of myself for this re-entry. Perhaps I’ll write more about those things later, I promise I’ll try.

Meanwhile, I’ll get back to the Ask Me Anything questions, and start working on the next retreat, which is my favorite one (a five-day advanced retreat in New Mexico in late July).

I’m curious if you all might have questions for me about this retreat … do you want to know more about it? Which parts? 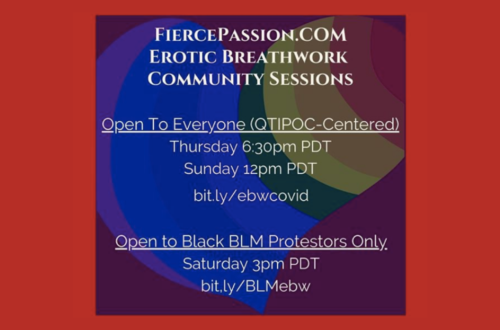 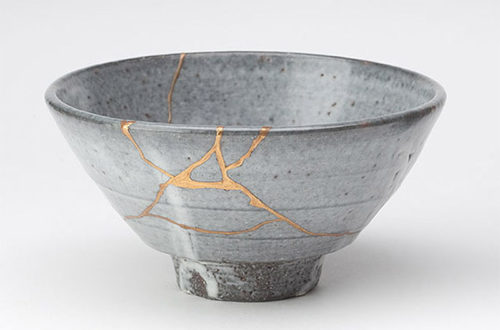 4 thoughts on “Returning from the Power, Surrender, and Intimacy Retreat”