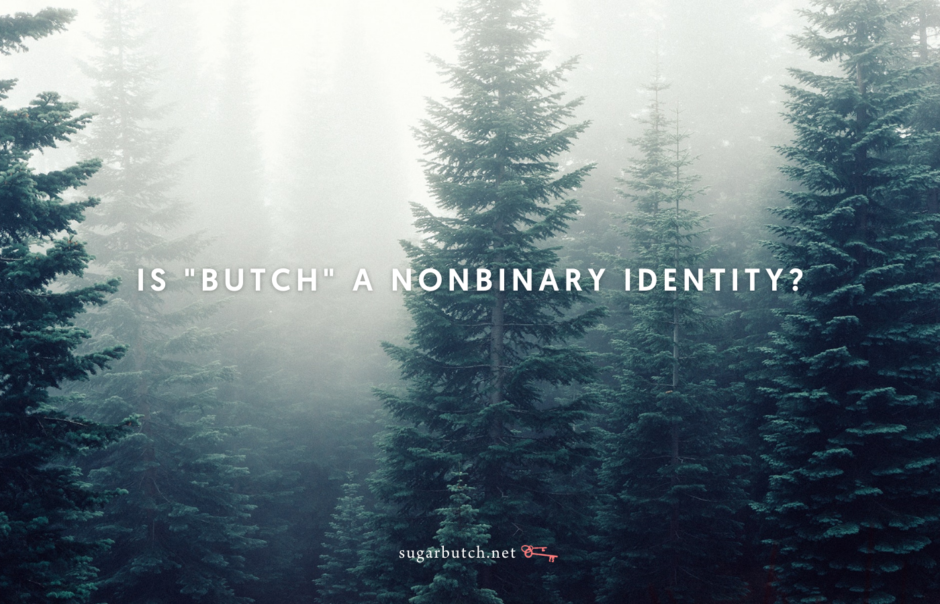 My own short answer to the question of whether butch is a nonbinary identity or not is, of course, it depends. Identities are personal. Someone butch might identify as nonbinary, or might not — both are legit. Of course. I wouldn’t ever tell someone that the way they choose to identify is wrong.

We contain many, many identities, never only one, and to reduce someone to one is to hyperfixate on one particular part of someone — usually a marginalized part — and overlook dozens of others. And yet, holding marginalized identities is very difficult when the cultural hierarchy so overly values those with power and close to the centralized identities. So, forming a chosen, intentional, conscious identity surrounding a marginalized trait can be an empowering process.

Generally, I use “identity” rather than “label” because to me, labels are what other people put on you, and identities are what you choose to use for yourself. Identities have socio-political context, lineage, and community agreements about meaning and significance. Labels are usually stereotypes, reductive, and excuses for discrimination. There’s more room to play around inside of identities — identities conform to us. We expand them in order to fit all of our complicated multitudes inside. But with labels, generally we are expected to conform to it, and there is social pressure to stay within the confines of the label, within all its rules and regulations.

The words we use for identities, and the subtle definitions of them, change and morph over time, sometimes a lot. In the last 20 years since I came out as queer and started exploring a not-feminine identity, I’ve used all kinds of words, like: androgynous, masculine of center, butch, nonbinary, transmasculine. Some of those have fallen out of fashion. Some of them go together, some people think some of them are roughly synonymous. But there are differences in how they’re used and what meanings they convey.

The other day, I was musing to myself about two of the strongest identity words for myself: butch and nonbinary. Is it an oxymoron to use them together? Do they compliment each other? Has what we used to call “butch” morphed into “nonbinary” now, in 2020?

is "butch" a nonbinary identity?

My opinion? It depends. Identities are personal. If an individual butch identifies as nonbinary, then yes. Are all butches nonbinary? Not really, no.

But also, yes. I’m interested in the relationship between butch and nonbinary identities as a cultural phenomenon. When looking at butch as a socio-political identity, in general, not about one particular person, I would argue yes: it generally exists outside of compulsory binary gender identities of “man” or “woman,” and that’s one way to define nonbinary.

Though I suppose you could also dig in here and say “it depends on your definition of nonbinary,” which is also true. A lot of folks are using nonbinary to be just about any gender identity outside of the conventional gender roles of “man” or “woman,” which means that pretty much any conscious gender expression could be nonbinary. I’m okay with that — I think it suits us to have a broad umbrella term under which many things can be explored and expressed.

I’ve used nonbinary to describe myself for that reason, too — that I don’t fit the conventional definition of “woman,” both on purpose and by design. But my gender identity is, at the same time, a fairly conventional expression of masculinity. In some ways, it is a very binary expression. But I do still think I exist outside of the very limiting two-gender cisheteronormative system, so it’s just fine to use nonbinary to express that.

In short, yes and no, identities are personal, and words matter. Generally, I want to use the words that people use to describe themselves, and not ever force a label on someone from the outside. 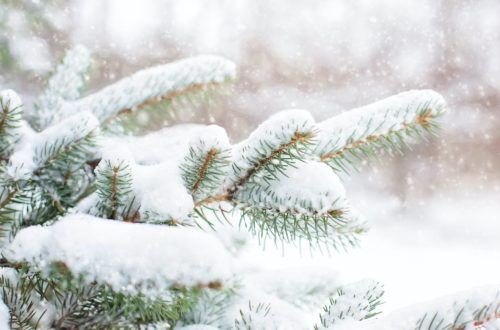 2 thoughts on “Is “Butch” A Nonbinary Identity?”