So, sometimes I get random things offered to me by promotional companies. Most of the time I just hit delete and whatever. But this time … well … I thought that a certain buddy of mine would be oh so appreciative of something like this in their DVD collection, so I made a little request, started some rumors, and waited. 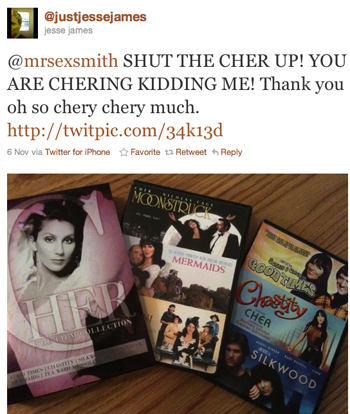 The pleasure is mine, certainly.

Good Times (1967) Run Time: 91 minutes
In their one and only movie together, singing duo Sonny and Cher star in this “happy” (The Hollywood Reporter), “affectionate” (Los Angeles Times) and “loveably surreal” (American Cinematheque) film about – who else? –Sonny and Cher! An “impressive directorial debut” (The Hollywood Reporter) from Oscar® winner* William Friedkin, with a hilarious script by Tony Barrett, Good Times is good, great and downright groovy! Husband-and-wife singers Sonny and Cher couldn’t be hotter – they even have an offer to star in a movie! Trouble is, Cher doesn’t want to do it, and the script stinks. Now Sonny has ten days to write a new script. He has great ideas but he still has to convince his dynamite babe to sing the same tune!
*1971: Director, The French Connection

Chastity (1969) Run Time: 83 minutes
Cher “makes an impressive debut” (Motion Picture Herald) as a reckless rebel who’s taking the fast lane on the road to nowhere! Written and produced by Sonny Bono, Chastity is a gritty, gutsy ride through a powerful, emotional landscape filled with love, adventure, tragedy and truth. Desperate to escape her dark past, wild child Chastity (Cher) hits the streets on a quest for freedom only to find herself launched on an electrifying odyssey of self-discovery. But as she thumbs her way cross-country and ends up at a seedy brothel in Mexico with fewer and fewer option she finally begins to see that the only safe place to run is into the arms of the one man who truly loves her.

Silkwood (1983) Run Time: 131 minutes
Meryl Streep is “stunning” (The New York Times) in this shocking true story about one woman’s struggle against a huge corporation. Nominated for five Academy Awards®, including Best Actress (Streep) and Best Supporting Actress (Cher), this daring, provocative and critically acclaimed drama just “shouldn’t be missed” (Newsweek)! Karen Silkwood (Streep) lives a free-spirited existence with two friends (Kurt Russell and Cher) who work with her at an Oklahoma nuclear facility. It’s only when she discovers she’s been exposed to radiation that Karen’s conscience awakens, and soon she is digging for evidence of wrongdoing at her company. But her sudden zeal for safer working conditions may come at a high price as she alienates friends and possibly even puts her own life in peril.

Moonstruck (1987) Run Time: 102 minutes
Fall under the delightful spell of Moonstruck, the mesmerizing romantic comedy from director Norman Jewison (Fiddler on the Roof) and Oscar® winner* John Patrick Shanley. Cher, in her Oscar®-winning** performance, along with Nicolas Cage and Olympia Dukakis excel in this explosively funny tale, which also features flawless performances by Danny Aiello, Vincent Gardenia and Frasier’s John Mahoney. Cher is “devastatingly funny, sinuous and beautiful” (Pauline Kael) as Loretta, an unlucky in love Italian widow who finds romance through the intervention of the Manhattan moon. With her wedding to a just weeks away, she meets and falls hopelessly in love with the groom’s younger brother (Cage). Her dilemma and her equally passionate and hilariously eccentric family make for an unforgettable film you’ll find “beguiling” (Time), “enchanting” (Newsweek) and “irresistible” (“Today Show”).
*1987: Best Original Screenplay, Moonstruck
**1987: Best Actress, Moonstruck

Mermaids (1990) Run Time: 110 minutes
Cher is “magical [and] electric” (The Hollywood Reporter), Winona Ryder “enchanting and funny” (The New York Times) and Christina Ricci “adorable and engaging” (Variety) in this hilarious and heartwarming portrait of a 1960s single-parent family trying to adjust to each other’s growing independence. Charlotte (Ryder) is an adolescent girl torn between her blossoming passions for a handsome caretaker (Michael Schoeffling)… and her desire to be a nun (a tough calling for a girl who’s Jewish). Complicating her already precarious teen angst is a little sister (Ricci), a determined would-be swimmer she affectionately calls fishhead, and their mother (Cher), a non-traditional, sexy, flamboyant woman who relocates them to a new town every time she causes a hint of scandal, which is often. But even as their personal styles clash, these three incredibly different individuals begin to see that nothing not even a life-threatening tragedy can tear apart the bonds of family.

Tea With Mussolini (1999) Run Time: 117 minutes
Florence, Italy, on the brink of WWII: it was a time of social unrest and, of course… afternoon tea. Join Cher and an incredible cast of leading ladies as they host this “radiant, beautiful film” (Gene Shalit, “Today Show”) that is “worth savoring” (Mademoiselle). Pre-war Florence is the place to be for any proper British woman who relishes culture and the arts. These ladies have everything they could ever want or need including a promise from dictator Mussolini himself that not even the imminent world war will impose upon their lifestyle. But when it appears that his word is not kept, and these expatriates who chose to stay in Italy instead of seeking refuge in their own country are in trouble, it takes a young outcast boy and a brazen American woman (Cher) to keep them in the high life and out of harm’s way. 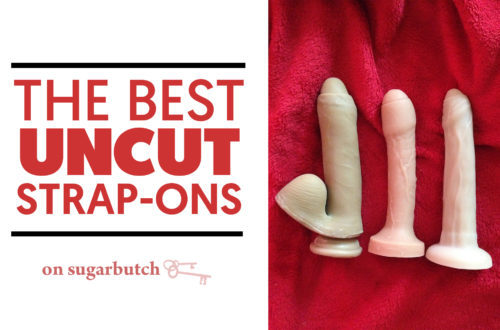