I’m finally getting around to the Ask Me Anything questions from Sugarbutch’s 4th anniversary. I hope to get through them all, though it might take a little bit of time!

My question: How do you relate or not relate to stone identity? To what extent do you ID/not ID as stone and how do you feel about that? Maybe you’ve written about this here before and I missed it … I’ve had a big process going from not stone to stone-ish to stone, and I’m curious about how other butches feel. —Bond

I haven’t written much about this, I don’t think. I don’t identify as stone, but I do identify as stone-ish. I’ve never been all the way stone, but I do remember on my first date with Kristen I said, “I’m basically stone,” as I was trying to describe the ways that I was a top and wanted to be in charge perhaps ninety percent of the time. I’d told this to other lovers on other first dates, but it didn’t always make sense to the other person, and I was trying to put it out there stronger and more specifically this time, lay everything out clearly as early as possible in hopes that she’d get it.

But that is really new in my history—I’ve dated girls even in the past four years that I’ve been running Sugarbutch that were tops, or toppy, and to whom I bottomed. My first long-term relationship with my ex-boyfriend of five years was kinky, in a kind of entry-level kink way (light bondage, light percussion) and we experimented with some switching, but mostly I was bottoming to him. As our relationship drew on, we started taking some classes on kinky sex (at places like Babeland) and I started learning more and more about topping. It wasn’t until I got out of that relationship entirely and had a series of revelations that I started realizing I was more of a top than bottom, and that perhaps I’d never really been submissive as much as bottoming.

I’m mentioning all this because stone is tied to topping, for me, because I’m not stone so much as I’m a top. I’m not opposed to being touched or penetrated, and I don’t have strong emotional reactions to those things, as I know some other stone folks that I’ve talked to do. (I don’t think that’s the only way to be stone, but in my experience stone often goes along with a gender dysphoria and a disagreement of gender between body and mind.) As I’ve been dating (and chronicling my dating here), I started getting more and more specific about who it was I wanted to date, especially in terms of identity keywords like bottom and submissive, and I did start describing myself as stone or stone-ish to girls I was flirting with or on first dates. I wanted to see what their reaction was, what their relationship to stone was, and whether or not they knew what to do with that. More than one girl seemed to understand and then behaved differently in bed, which was not what I wanted.

There is a relief that comes along with not being touched (very much), though. It means I don’t have to try so hard, I don’t have to worry about whether or not I’m going to get off ‘that way’, whatever way she’s touching me, it means I don’t have to be in that particular position of surrender when I often (at least nine times out of ten) do not want to be. I much prefer getting off while strapped on and fucking … and yes, I suppose that does have something to do with gender, that I prefer my orgasms to be related to my cock and not necessarily while being penetrated.

But generally, when I’m with someone else, when I’m with Kristen, I want to get off through fucking, through my cock. I want to be dominant, in some way, using some sort of physical strength that tightens my muscles and makes the getting off all the more intense. I want to be using my gender fetish, which I don’t ever fuck without, anymore. I want there to be a gender component and a power component, with me in particular places on those spectrums, and usually, that involves me strapped on, on top.

That doesn’t quite make me stone, at least not the way I understand it. But there’s something useful in the language of stone that helps get across that top identity, that dominant identity, and that butch identity, so I have relied on stone in the past to help me make all those identities come together.

What about you? Do you identify as stone? Stone-ish? Not stone? Why or why not? What’s your relationship to the identity of stone? What do you define it as, what do you think it means? 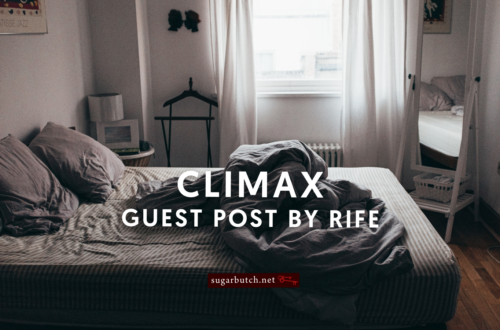 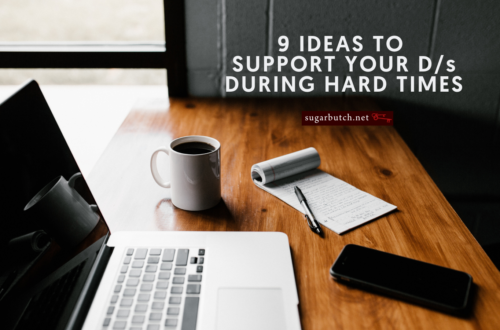 10 thoughts on “From Not Stone to Stone-ish”