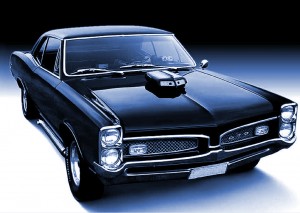 When I saw him in September we camped in his family’s cabin. My grandfather built it with his own two hands and gave it to his children; now his own two legs, the prosthetics he got after both were amputated below the knee from diabetes, are the legs of the cabin’s kitchen table.

My two younger sisters and I slept in the cabin’s only room on pillows and dusty weathered couches as Dad woke and stoked the fire. Mornings at the lake are chilly, even at the peak of heat in August when the summer has been baking the water to its depths and swimming is the best. I watched him add kindling and logs and sometimes dozed off. He spread another blanket over me. When I woke I saw a forlorn gaze in his eyes I’ve never seen. What was he thinking? Was he wondering how his oldest daughter evolved into this boy? This big-city dapper masculinity that is too faggy to fit in with him and his brothers and all my older boy cousins as they discuss elaborately the latest football game, the way they fixed their trailers and trucks, what they caught when out fishing, how to clean the geoduck, how to make a perfect sausage-and-egg breakfast for ten, how to put on a wedding, how to give away the bride.

Dad, are you wondering how I got here? How I went from that tree-climbing skinned-knee ragamuffin girl to this prettyboy? From that girl who worked through her teens in your sports card shop, flirting with the boys as my girlfriends came in to seek sanctuary from the juvenile delinquent park hangout across the street when their feelings were hurt, when someone dumped them (again), when they got caught smoking, when they were being sent tomorrow to rehab or summer camp or anorexia camp or gay camp or bible camp.

I never was your tomboy daughter, never got in fights with the boys in the neighborhood, never stood up to the bullies of my younger sisters. I was the artistic one, moody, on my own. Studying my peers as we metamorphosed into our adult bodies.

We used to go on drives sometimes. After dinner restless, this was when neither of us wanted to be home, neither could stomach my mother’s depression. We’d go on drives and this was when you first told me, “I want to open up a store, right there maybe,” pointing at the empty corner lot that used to be a restaurant bar, at the mall on the wharf. “But my dream space,” he whispered, leaning in, “is right by Foodland.”

That was back when we shared our dreams with each other.

Recently on a road trip I saw a blue 1970s GTO and remembered some photos from my mom’s college album. “Hard top, 1964,” my dad emailed back. “Midnight blue, the original muscle car. I got it up to 100 easy on the road out to the cabin. I called the car my “Goat.””

Once, I told a lover that I was considering taking T. She had a string of baby trans guys, she knew how to break us in over her knee. “You won’t turn into Cary Grant,” she warned me, and stopped at a photo of my father in the hallway. “You’ll turn into him. Look. Is that what you’re thinking you’ll be?”

I didn’t grow up in my father’s footsteps, but suddenly I’ve found myself standing in his shoes.

And now, fifteen years later, he moved his store right next to Foodland, the only grocery store downtown. A prime spot for retail. He has all but retired from the environmental engineering business upon which our family was built and now sorts sports cards, comics, coins from his father’s collection, from when the store opens at noon – so he can sleep in – to six pm, every day except Monday. “I’ve worked enough Mondays for a lifetime,” I’ve heard him say.

Now, fifteen years later, I don’t drive much; I take the subway and taxis but I still miss the stick shift in my hand and the dance of the pedals, just like you taught me. Now fifteen years later I can imagine myself as my father’s grown daughter, this “man” I’ve become, your son.

Three daughters and your wife, our mother, all in one house for nearly half of your life. Did you ever wish you had a son, Dad?

I wonder what he’s thinking, as this fire, his fire, warms our morning. He smiles at me with a look I’ve never seen.

“I sleep just like that,” he says. “With my arm over my eyes. You look just like me.”