In case you haven’t noticed, it is day three and Barack fucking Obama is still the presidential elect. Hello, even his name is radical! None of that Franklin George James John William. We didn’t just imagine that beautiful acceptance speech in our progressive liberal little heads. He’s already started a fantastic website for his Transition Project at www.change.gov and I have never felt so connected before to my government.

Yeah, maybe the expectations are pretty goddamn low after the most unpopular president in modern history. But still, Obama is positioned to be a fantastic leader and creator of change – and, more than that, an inspiration: not only the first black man elected president but also a progressive, liberal, forward-thinking, grassroots-organizing problem-solver who is positioned to help heal the (supposed) divisiveness of the red-state-vs-blue-state divide in this country.

I, like this country and like the rest of the world, am currently crushed out on Obama – and that doesn’t necessarily last, I know. I’m sure eventually we’ll start discovering that he never eats the heel of the loaf of bread or he always leaves his socks in the middle of the floor or he forgets to put the bathmat down, but meanwhile, the honeymoon phase sure is fun, isn’t it?

And maybe, what if, just possibly, the relationship develops into a solid, steady improvement? What if we have common values, common interests, good communication, mutual adoration?

Ah, courtship. I love that feeling of such raw potential.

Speaking of adoration, I am consistently touched whenever I see President-Elect Obama with First Lady-Elect Michelle. (I bet you can’t really use “First Lady-Elect” like that, but I like it.) They adore each other, and it’s beautiful.

What? What’s that? Oh, that little gay marriage thing? Those millions of people who voted that straight marriage is different than gay marriage? That marriage is a “sacred institution” that gays would defile and corrupt?

Or how about the little bee in all of our queer activist bonnets when we realized that voters care about chickens, but not about gay marriage? Or when voters passed 9 out of 10 marijuana initiatives on Tuesday, but gay marriage is still seen as the destruction “the family”?

But HELLO, did you think this was going to be easy? Remember what you’re doing here: dismantling the heteronormative nuclear family through both the institutional religion and bias and tradition of the church AND the monolithic ultimate power of the government.

Did you think that was just going to happen overnight?

Did you think the conservative bigots were just going to hand it to us?

Did you think it would be easy?

This is not an easy fight. If it was as easy as ONE ELECTION, uh, wouldn’t we have already done it?

And while you’re moaning and groaning about “my rights” this and “civil equality” that, what the fuck are YOU doing for gay rights and the queer movement? Did you actually talk to someone who said they were going to vote YES on Proposition 8 before the election, and engage with them about the specifics of why and how? Did you send emails to all your California cousins and say, “hey, I’m gay, you know I’m gay, don’t vote to take my rights away”? Did you donate to campaigns, did you get out on the streets, did you volunteer for a phone bank?

And what have you done since? Are you active in your GBLT community center? Are you organizing groups and supporting queer youth and elderly and everybody in between? Are you educating yourself about the state of politics in this country and discovering your unique activist skills and putting them into action? Are you coming out to everyone, building yourself into a pillar of strength that will carry this community?

Because that’s what we have to do, you know.

Nobody is going to do this work for us.

I’m kind of glad we’ve had this awakening. My liberal activist progressive queer communities have been all aflutter this week, sputtering, “But but but …” and shaking our heads, depressed, angry.

Hey, I hear you. I feel it too. We were wronged. And this is a reality check as blunt as a two-by-four to the back of the head.

Shake it off. Cry if you need to, let out the grief, go get your freak on with your lovely grrrl or boi of your choice and remember what it’s like to be glittering, brilliant, sexual with another person, no matter what their junk looks like. Gain strength by keeping a girl poised on the tip of your tongue for an hour. Remember your attraction by taking a butch out to dinner and running your toe under her pant cuffs. Go have sex with your husband or wife or girlfriend or partner or boyfriend or lover or mistress or with the first random guy on Craigslist who answers your ad. Remember your beautiful self. Remember the jewel of strength at your core. Remember your friends and lovers and community that will gladly offer their shoulders upon which you can stand.

And stand the fuck up.

And then motivate. DO SOMETHING.

You know why $15 million dollars came from individual donors within the Mormon Church to pass proposition H8 in California?

Because if gay marriage is legal, they have to rethink their bigotry.

Because we’re getting closer.

Because we’re a threat to “tradition” – by which I mean a heteronormative mutually exclusive binary gender system that controls families and perpetuates itself as a system of control, wealth, and power.

It is a classic technique of an ethnic religious system: “Ethnic religion seeks to regulate many civic aspects of a particular tribe or people, and especially to regulate the biological and cultural reproduction of the tribe. It thus stipulates all sorts of rules to do with marriage, family, sex roles, bringing up children, etc.”

This system has been refined and honed and fine-tuned and reworked for hundreds of years. And look – LOOK – at what we’ve (un)done in the last fifty. Look at what we’ve overturned, how we’ve changed – improved! – our way of life without damaging theirs. Look at how many choices we have, how many options, how much access we have to our government.

And this is where I start to get all My-Country-Tis-Of-Thee, because I am a patriot. I believe in the heart that created this country with the idea that ALL ARE CREATED EQUAL, even though the exact wording is “all men* are created equal” and that asterisk meant “who are white and own property.”

But the principles are in place. They really are. We have a government whose original intention was to serve marginalized, underrepresented, unprotected groups. Give us your tired, your poor, your huddled masses yearning to breathe free. I really do believe we have a government of the people.

We’re bigger than this. We have been honing our activist skills for decades. We have a queer legacy of social change, uprising, activism, protest, and movement that has been one of the most successful social civil rights movements in history. (Yeah, I said it. I really do believe that, it’s part of what makes it so goddamn fun to study. That, and I don’t feel quite as completely alone or isolated or hopeless, which is always a plus.)

We know how to do this. And look at us – we’re taking to the streets. We’ve filed follow-up lawsuits. We’re using whatever power we have to say YOU CAN’T TREAT US LIKE THIS.

Buck the fuck up. Stop whining, get off your ass, and go change the world.

PS: Be nice. Open up. Engage. There is no us-verses-them. Listen. Unity leads to change. 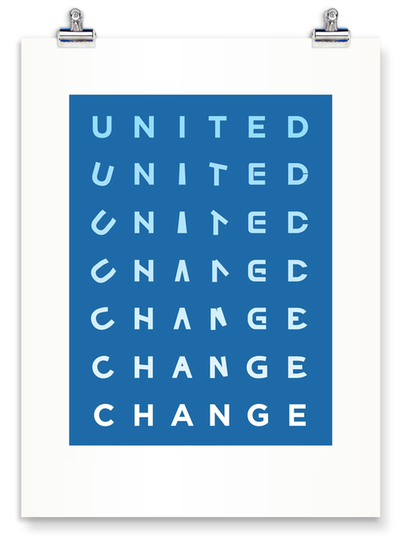 27 thoughts on “Letter to myself: enough moping”