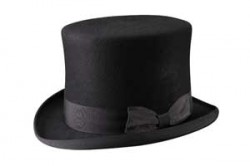 So you may have seen me Tweeting about the relaunch of the Top Hot Butches project, which I’ve been working on for the past few months. I’m getting set to launch it in mid-November, I’m aiming for November 15th.

And it’s time to start asking for your help.

A friend of mine asked this week what I was going to do to address all the controversy around the original list. I’ve given this a lot of thought, and I’m ready to open up the project, to take it to new levels, so I am approaching it differently.

The controversy was around including trans men on a butch list. There are many reasons this is problematic, but the main one is that trans men are men and a butch identity is usually a female masculinity, and aligning trans men with female masculinity is demeaning to their identity. However, there are many trans men who do have an allegiance with the butch identity, and I still feel it’s important to include them in this project.

Dykes and queers and trans men are not the only ones who use the word “butch.” When I spoke with Buck Angel about his inclusion on the list, aside from saying he doesn’t care, he also said he associates “butch” with the gay male communities much more than with dykes. It has a long history of being used for guys, and indeed if you do searches for “butch” you come up with it as a nickname for cis men more often than anything else, it takes some time to dig for the queer women’s angle on it.

So I am including cis men in the new project as well, queer or straight. Don’t worry—this will not take away from the focus of the site, which is the exploration of butch identity, which is still primarily a female masculine identity.

Of course, that begs the question: what makes cis men butch? What makes anybody butch, really?

I’m still not really sure. Nearly ten years into this butch identity and I still don’t have a good definition. So for now, I’m going with: self-identification. I don’t decide for you whether or not you’re butch, you get to decide for yourself.

There is still a Top Hot Butches-style list on this new project, however, and I don’t want to uninclude folks like Joan Jett or Samantha Ronson because they don’t self-identify as butch (or, hell, maybe they do, but I can’t seem to get ahold of them, wonder why). I still will be including androgynous, genderqueer, and other masculine of center women who are in the visible public realms who have an obvious rejection of feminine style and who have some swagger.

So what is this project?

I’m keeping the name of it secret, for a little longer. But don’t worry, it will be all over soon enough. The mission of the new project is:

to promote a greater understanding of masculine of center gender identities, expressions, and presentations, through encouraging: 1. visibility, because we feel alone; 2. solidarity, because there are many of us out there, but we don’t always communicate with each other; and 3. an elevation of the discussion, because we have a long history and lineage to explore and we don’t have to reinvent the wheel.

The site will include: a revised Top Hot Butches section, with photos and short profiles of people in the public eye who are butch-identified or who present a dapper, radical masculinity; a tumblr blog for butch media submissions and perusal; a blog with interviews, articles, and announcements about butch-related information by multiple authors; and a monthly symposium, a cross between a blog carnival and a link round-up with monthly writing prompts.

Speaking of the symposium …

Call for submissions for bloggers & writers: The first Symposium

I am planning to launch the new project’s monthly Symposium with the site’s launch on November 15th, and I need your help. I’m looking for writers who have something to say about butch identity, who are wiling to post their thoughts on their own blog (or email them in, if they don’t have a blog) and link back to the Symposium in exchange for the promotion within this project. Here’s the topic for the first Symposium:

Symposium #1, November 2010: What is butch? How do you define butch? What do you love about it? What does it mean to you?

Prepare a post for publication on November 15th, and I’ll be gathering all the links and putting forth a round-up of all participants.

The new project is seeking interns. I am looking for people interested in learning how to moderate an online community, engaging in a digital environment; learning the ins and outs of blogging, including search engine optimization, WordPress coding and template modification, and basic photo editing. Email me with a statement about why you’d like to be involved and your relevant experience before November 1st, please.

I will also be seeking out writers for the site. If you’re interested in that, the best place to start is by participating in the Symposium. More information will be available on other calls for submissions to this project soon.

Okay I think that covers it! I’m really excited about this, I hope it will be as good and solid and successful as my vision for it.

31 thoughts on “The Relaunch of Top Hot Butches”