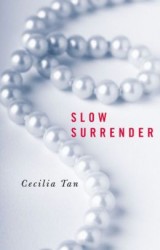 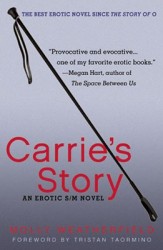 I’m reading a lot. Light things, but well-written things, because I need something to completely occupy my mind that I don’t have to really think about. I’m journaling most days, but not writing anything worth reading, just a lot of purging. Emotional vomit. Navel-gazing, which I used to sometimes think was a good thing, self-insight, self-reflection, but now seems trite and self-indulgent. I’m waking up and most of the time going to sleep. I’m staying up late and then not being able to wake early. I’m waking early and not being able to get back to sleep. I’m reading reading reading on the subway at the cafe on my breaks when I can’t sleep anytime I need to try to stop thinking all the thoughts that are circling circling circling like predators. Like hawks. Like something big and heavy that you see from far away and it doesn’t look that bad but when they get close your pores start to shake. You start sweating and your pupils dilate. Those kinds of thoughts are still stalking me. All the things I did wrong. All the ways I have doomed myself. All the things that I could’ve changed didn’t change am never going to be able to change. Reminding myself that I am not doomed. Telling myself over and over again that I did the best I could we did the best we could no one is at fault no one is at fault. Sometimes I even believe that. Loss happens. Errors of judgment happen. Perfect storms of chaos happen, all the best movies know how if any one factor in the plot would have slipped out of place, it wouldn’t have happened that way, but that the universe conspired somehow to shatter that rain of misunderstandings and missed connections and opportunities down upon our heads. But I try to remember that sometimes all of creation is conspiring to shower us with blessings too. Could that be true? Could I really believe that people are fundamentally good, at the core? It’s what I say I believe, and most of the time that belief is not tested. This is when I need faith. Hope.

Hope is when you look out the window and you go, ‘It doesn’t look good at all, but I’m going to go beyond what I see to give people visions of what could be.’ —Anna Deavere Smith

I don’t think I can tell the truth yet, because I don’t yet think I know what the truth is. There’s not just one capital-T Truth anyway. There are many truths. My truths and your truths and our truths are perhaps three different truths. I think I’m done believing in objectivity. I don’t think it’s possible. I distrust people who start sentences with, “Objectively speaking …” How can anyone see objectively? Sometimes I can squint and look at things sideways and sometimes, just sometimes, I can take myself out of the way of the experience for a glance, a frame, a whisper of smoke. But usually only long enough to get one thought, one perspective, not long enough to really grasp the three-sixy view.

I don’t know what happens next. I know I keep trying. I know I keep writing and striving and crying on my sister’s couch in the mornings. I know I stare at the tree’s brittle branches scraping against this window in the wind and wondering which will break off and which will make it to bud and which buds will pop open to that baby green spring. Oh right, it’s springtime now, isn’t it. When things long dormant start to wake. When things waiting waiting for this freeze to thaw start to tentatively uncurl and test the air.

And the day came when the risk to remain tight in a bud was more painful than the risk it took to blossom. —Anais Nin

It’s such a risk. Everything is, from this cup of coffee to that service I just cancelled to the appointment I made for next week. No one really knows if next week will exist, but now that this week is here, we proved last week that next week existed, and I am trusting that’ll keep happening, until it doesn’t. That’s all I can do, anyway. I think I have some more trust in me, though it’s thin. I’ve been paving the roof of my mouth with it for months. It leaves a coat all sticky like too too sweet honey. Makes me crave mouthwash, some salt water gargle to cut the aversion of the over-sweet. Some crumbs of sourdough bread. Good thing I’m heading west, back to the salt water where the sun sets over the ocean instead of over the land. Somehow, it has always seemed more correct. And in the absence of light, I’ll look east.

4 thoughts on “Carrie’s Story, Slow Surrender, and Other Things I’ve Been Devouring To Distract Myself”