I’ve been waiting for The Kids Are All Right to come out on DVD since I saw it this summer. I was ready to see it again, even right after I saw it the first time. I debated and deconstructed and philosophized and puzzled over the plot for a good solid week before I had various lightbulb moments and felt like I “got it,” like I understood what director Lisa Cholodenko was going for. (My thoughts on it culminated in this post on AfterEllen, The “Lesbian Sleeps With A Man” Trope in The Kids Are All Right.)

I’ve referenced this film many times since I saw it. Not just the characters or lines or this particular plot, but the affect Cholodenko has had on this trope, the way this film has gotten into our collective social consciousness, and the result—that the man is totally left out, that he has not spent years building a family, but that he was, in fact, practically irrelevant to the building of their family—will effect any future film that attempts to use this trope to invalidate lesbian identity. I think Cholodenko took that stereotype and ran with it so far and hard that it is kind of, well, over. I think it changed the landscape.

Regardless of whether or not you agree with me about that, it’s a beautiful film. It really is. If you’ve seen either of Cholodenko’s other films, like High Art or Laurel Canyon, you know her style of cinematography is stunning and unique. She’s a mainstream queer female director—on the masculine-of-center side of gender, I would argue—and this film depicts a lesbian relationship, women in love with each other, sincere emotions and care for the building of a family, overcoming hardship, all of those wonderful things that are so rarely depicted responsibly or artfully in a mainstream film.

It came out on November 16th. I can’t wait to see it again.

Here’s a nice clip from the bonus features on the DVD, where you can see many of the beautifully framed shots from the film as director Cholodenko discusses her relationship to the concept of “family:”

Here’s the blurb from the film, in case you were somehow under a rock all summer and missed the hours and days of discussion when it came out:

The Kids Are All Right stars Academy Award® nominees Annette Bening (American Beauty) and Julianne Moore (Boogie Nights). Nic (Bening) and Jules (Moore) are a suburban couple raising their two teens, Joni (Mia Wasikowska, Alice in Wonderland) and Laser (Josh Hutcherson, Journey to the Center of the Earth), in Southern California. But when the kids track down their “donor dad” Paul (Mark Ruffalo, Shutter Island), an unexpected new chapter begins for everyone as family ties are defined, re-defined and then re-re-defined.

It is really worth seeing. Annette Bening in particular is phenomenal, and I’m pretty excited to see her as Nic on screen again. I wish we could just crack a bottle of wine and sit up on the Hollywood sign and talk about girls until the bottle’s empty. 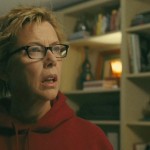 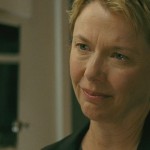 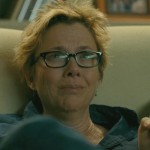 Pick up The Kids Are All Right from Wolfe Video, the largest exclusive distributor of gay and lesbian films, or, if you must, from Amazon. 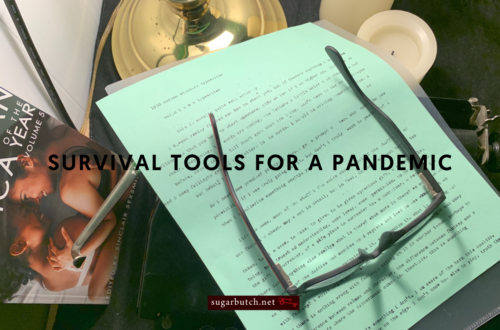