I’ve asked a couple people recently what their secrets were for their successful long-term relationship, how they keep the passion alive, how they keep walking that delicate line of having enough space and still being connected to each other. Coming together, going apart, coming back together, over and over through the years.

One friend answered, “Do you really want to know? We sleep around. We’re both big sluts. The commitment, to me, means that we are each other’s biggest cheerleaders. We don’t believe in possessing each other. I am always on the sidelines yelling, ‘Go you!’”

I find possession kind of hot, personally. In a playful way. But I love this cheerleader idea, the ways that a relationship can be built to support each other through our individual personal trials. And as long as the possession stuff can be fun and consensual, and not interfering with each other’s sovereignty, I think the two—cheerleading and possession—aren’t necessarily mutually exclusive. It reminds me of the quote in that relationship article I ran across long ago:

“Create for yourself a new indomitable perception of faithfulness. What is usually called faithfulness passes so quickly. Let this be your faithfulness: You will experience moments, fleeting moments, with the other person. The human being will appear to you then as if filled, irradiated with the archetype of his/her spirit. And then there may be, indeed will be, other moments, long periods of time when human beings are darkened. At such times, you will learn to say to yourself. ‘The spirit makes me strong. I remember the archetype, I saw it once. No illusion, no deception shall rob me of it.’ Always struggle for the image that you saw. This struggle is faithfulness. Striving thus for faithfulness you shall be close to one another as if endowed with the protective powers of angels.” -Rudolf Steiner

I think that perspective of cheerleading can also be seen as rooting for the other’s highest self, for what they’re capable of, at their best. So that part, yeah, I totally support.

The other part, though …

I have read all good the books about polyamory, I’ve been a proponent of The Ethical Slut and Opening Up by Taormino, I’m a big fan of Dan Savage who is constantly talking about how frequently monogamy fails, and I remain firm in the opinion that my significant, intimate partnering relationship should be open, but the degree of that openness, I’m still not really sure. In part, that’s where the other person comes in, but another part of me thinks that I am actually interested in a semi-monogamous relationship. Monogam-ish, as someone put it to me once.

I do believe in open relationships because, frankly, I’m a little bit of a slut. I have enough experience sexually to know that sex doesn’t actually have to mean anything, that it doesn’t have to necessitate a precursor to a relationship, that if I want to have sex with someone more than once, that doesn’t necessarily mean that I want to love them forever and shack up with them and share our lives intimately. And I don’t think that we, realistically, just stop feeling attracted to anyone else, ever, just because we’ve made a life-long commitment to another person. And that physical desire for someone else—or even intellectual or emotional desire—is not necessarily an indication of some deep-seated problem in the relationship.

I know it’s possible to be attracted to or interested in more than one person at the same time, and that one does not necessarily take away from the other. Most importantly, though, I recognize that just if or when I or my partner feels an attraction, I want us to be able to talk about that, to puzzle through it, to figure out if it’s important to go sleep with that person or if flirty coffee dates or making out is enough, or if it’s a temporary infatuation, or if it should become a bigger friendship.

Why do people cheat when they’re in a relationship? They cheat because they, ultimately, are feeling unfulfilled, sexually, emotionally, or otherwise. Because their relationship was sexually (or otherwise) incompatible from the beginning, but they made the decision to commit anyway, or because their relationship used to be sexually fulfilling, but isn’t anymore, because something changed (be it someone’s body, ability, health, sex drive, etc). This often leaves one person extremely unhappy and unfulfilled, while the other is guilty, apologetic, or withholding (or all of the above). But under the strict rules of monogamy, one can’t possibly go seek sex or comfort outside of the committed relationship without doing this awful, home-wrecking thing: cheating. Which is, according to most people, unforgivable.

But what about being so withholding as to not allow your partner their sexual fulfillment? How is that not the thing of which we are unforgiving?

And under the strict rules of relationships in this day and age, it isn’t just the monogamy that’s a problem: it’s the culture that de-emphasizes sex as not important, while simultaneously using it as the be-all end-all status symbol. Think about it: how many times have you heard someone complain that “the rest of the relationship is just fine!” And there’s “only” a problem with the sex part.

As if that was just this little, teeny piece.

Well, if you’re talking about a monogamous relationship, sex is pretty much the definition of what you are going to be doing with this person that you are going to avoid doing with every other person on the planet. And if you accept the premise that you are a sexual being and deserve to have your sexual needs fulfilled (though, I know, that’s a stretch for most folks), then by definition the key component of this monogamous relationship is to be sexually compatible.

But not because we want to sleep with other people. Well, threesomes, sure—we are both slutty enough and interested enough in interesting new sexcapades that doing sexual things together with other people is totally an option. And, sometimes, we have cashed in on that option, making dates with hot queers who, to our thrills, have agreed to come home with us.  We might be willing to play with other people at a party, and I have dreams of orchestrating a butch gang bang for her, where I just get to sit back and watch. Or maybe be the first and the last in a string of butches who get to take advantage of her.

But what about sex outside of this relationship, sex with another person on our own, without the other person there?

We’ve been talking about this, lately. From the beginning, we’ve claimed that we were open, and for a while that meant we could do whatever we wanted when we weren’t with each other, and we didn’t need to know about it. Then, as things got more serious between us, we decided we wanted to know, which (chicken or egg?) meant that neither of us were sleeping with anybody else.

But what does it mean now, a year and a half into our relationship? I guess we’re still working that out. By “regular” standards, we are open because most folks would consider things like threesomes or making out with another person potentially crossing the lines of monogamy. Oh yeah, and we have both attended erotic energy retreats, which others could (and have, for me) consider “cheating,” but which we are both fine with. And we are open because we are acknowledge that sexual desire for someone else can happen, and we should be able to talk about that, that desire for someone else doesn’t have to have repercussions within our own relationship,  and that sex can be fun and playful and, ultimately, meaningless.

As our lives become more entwined, though, and as we continue to be cheerleaders for more and more things in each other’s paths and trials and triumphs, from our sexual fulfillment to our careers to our emotional hurdles, we are less interested in other people. And playing with other people sexually, alone, without each other, just … doesn’t sound like much fun. We’ve both articulated that, recently. My sex life, at this point, has to do with her, and hers with me, and for a while anyway I want to be sure that she is a part of it.

For me personally, when I sleep with someone, I want to learn something. About myself, about the other person, about sex, about erotic energy exchange. For a long time, I was sleeping with people while looking for a person against which to form myself, I was looking for the particular magical orientation combination of femme-bottom-submissive to match up with my butch-top-dominant, while being in a person with whom I was also emotionally and politically compatible. Someone who would challenge me, someone who brought a lot to their side of the table, someone who took responsibility for their own shit. Someone that I could work on my own shit with, someone I could grow with, someone who will listen if I say, “I’m unhappy, and here’s why, and here’s what I think we should do about it.” Someone fierce, strong, capable.

If it sounds like a tall order, well … it is.

So for a while, I was just trying to find her. Searching and playing and refining what it was that I wanted by learning about what I didn’t want. And now that I’ve found someone like that, all I really want to do is play with her, in that delicious dynamic that I’ve been craving all this time. In our year and a half together we have already come to some fascinating new places in our sex life, and every time I find myself even remotely thinking that I’m bored or unfulfilled, I just quickly ask myself: well, what do you want? I bet whatever you ask for, she would be interested in doing it. And I quickly realize whatever momentary restlessness I felt was not about actually unfulfillment, but usually something else entirely. Usually something old of mine, rearing its ugly head.

And now that I have all of that, now that I have this relationship that continues to blossom and show me new things about myself, her, and the world, why would I go back to one night stands? I look back on my one-night stands, and even two- or three-night stands, and though they were fun, often a delight, they were also occasionally a disappointment. What would I learn, now, by sleeping with someone outside of my relationship?

Well, that’s a million dollar question. I will keep investigating. 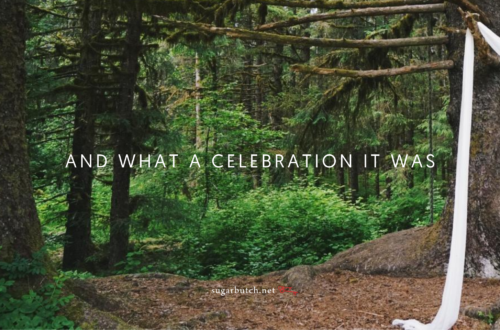 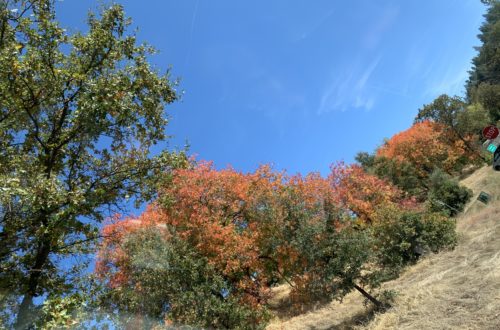