If Reconciling Feminism & Sadism is something that comes up for you a lot, I’m going to give you a bit of homework: Go listen to the Savage Love Podcast.

You probably know Dan Savage’s advice column, Savage Love—it’s printed in alt-weekly newspapers around the country. The podcast is an upgrade, in my opinion, where people call in their questions and Dan records his answers, sometimes calling back to discuss the quandary personally. I’ve been reading Savage Love since I moved to Seattle in 1999, but when I started listening to the podcast my interest and understanding of Dan’s philosophies jumped exponentially.

I’ll admit, I don’t really listen to podcasts. I subscribe to a couple dozen of them in iTunes but I can’t make time to listen to most of them. But I really love listening to Savage Love. I usually put it on the computer while I’m making brunch on Saturday or Sunday morning, pausing here and there to discuss the question with Kristen (or whoever happens to be over, but it’s usually Kristen) before Dan gives his answer. I make time for this one because it’s useful, stimulating, and interesting. I always learn things, even if I get annoyed at Dan’s harsh feedback or at his occasional asshole statements.

Speaking of that. Some of you who have already read some of Savage’s work, or listened to this podcast, or just read about him, know that sometimes he can be really abrasive. Sometimes to the point of being phobic, in fact: he’s been deeply criticized for being size-phobic, using the word “retarded” (which he still does), and occasionally bordering on sexist around women’s bodies. He does that gay male ick factor thing, so sometimes conversations about things like not-good-smelling vaginas freaks him out and he says stupid shit.

So what I’m saying is, even if you disagree with lots of what he says (and I expect you will), there is much to learn from this podcast. I credit it up there very highly with The Topping Book, The Bottoming Book, Tristan Taormino, and Babeland for my background in kinky sex education.

And hey, Savage Love has a new iPhone app! Which I’ve downloaded and it’s pretty awesome. It’s all of his best columns, indexed by topic, plus the podcasts, and you can submit questions directly from the app. No, this is not a paid advertisement, this is just me going off in praise of something that I really support, and that has really changed the way I relate to sex and sexuality and relationships, and something I highly recommend for everyone.

Try it out, listen to a few of the past podcasts and see if you like what he’s got to say. Look beyond your annoyance (if you are one of the ones who gets really annoyed at his methods or his occasional asshole statements), and see the value, the kink-positivity that he encourages.

Read up at TheStranger.com/Savage and check out the podcast, or the app, if that’s appealing. Hope you like it.

UPDATE: A couple commenters have mentioned what Dan Savage said after Proposition 8 passed in California, where he basically blamed black voters for the passing, which was racist and basically unforgivable. I can’t believe he hasn’t apologized for that yet. I do not agree with what he said there and he definitely lost some of my respect. Most of what he addresses in his podcast are issues around sex, sexuality, kink, and relationships, and his advice, as I said, is often really good, and I’ve learned a lot from him. I don’t know at what point these kinds of ignorant, racist, occasionally sexist comments will or should become a dealbreaker, but as long as I am still learning about sex and sex advice, I’m interested in learning from him. I do not listen without criticism, and I do not agree with everything he says. I hope you’ll put on a critical ear too. 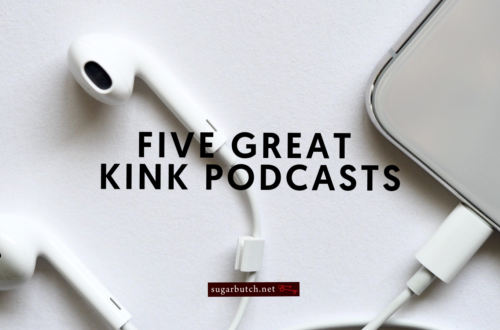 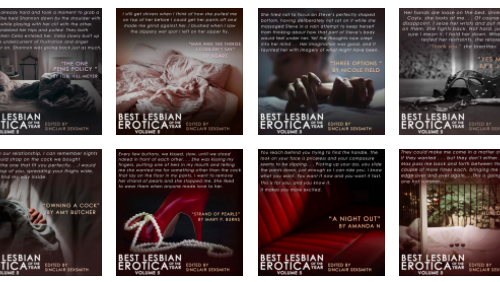 Countdown to Best Lesbian Erotica of the Year, Volume 5!
November 30, 2020 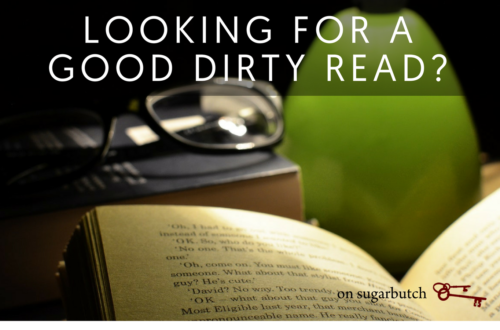