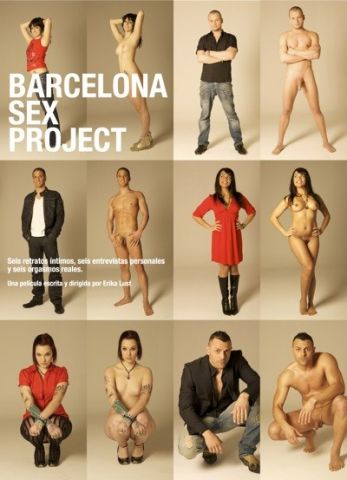 I do admit that I fast-forwaded the end, though, so perhaps there was some content that I missed, more queerness or genderqueerness that I didn’t catch because I got a little bored. So maybe there’s more on here than I realize.

This brings up the question for me, though, which I think about in terms of Sugarbutch a lot – what responsibility do artists have to represent many experiences or a wide range of diversity? I know I have a fairly slim representation of girls on my site, for example, partly because I know what I’m attracted to and I tend to write about my experiences with those girls (who are femme, duh, and bottoms, duh again, and tend to be smaller than I am). I explain that by saying that this is a personal project – so maybe I should look at Barcelona Sex Project the same way? As a personal representation of what the filmmaker would like to see, and not necessarily as a representation of all of Barcelona or all sexualities and genders or all folks who are into sex. Of course, it couldn’t really be a representation of all of those things, there is way too much inside of sexuality & gender to fully represent anything.

Maybe diverse representation of human bodies and sexualities is not a realistic expectation for a DVD … folks like Pink & White do it, but they also have dozens of clips and dozens of models and actors involved in their work, which makes it easier than working with only six.


About the Barcelona Sex Project, new from Blowfish Video:

Also check out Barcelona Sex Project.com for more information, clips, and photos from the film.