Back in September, I asked for a word for someone who accepts chivalry. We had a lively discussion in the comments about what that person would be called.

It’s a very specific skill, really. Not everybody knows how to move when someone else is pulling out your chair, slipping your jacket onto your shoulders, how to navigate a door being opened for you, how to wait until the car door is unlocked. It takes a lot of consciousness about what is happening around you, and between you and the chivalrous person.

Many folks liked “gracious” as a word to describe those who receive chivalry, but I feel like it’s not specific enough. It has another definition and commonplace usage in our culture, so the word wouldn’t stand out as being used with this intentional meaning in conversation.

Which is why I really like the word “courtly.” (Thanks to Femme Gender for suggesting it!)

Court·ly: adjective.
Receiving chivalry and politeness with graceous skill.
Example: “That sub boy I went out with last night was really courtly, it was fun to have the foreplay start with chivalry.”

Court·li·er: noun.
A person who receives chivalry with politeness with graceous skill.
Example: “When the courtlier rises from the table, it is customary for the chivalrer to also rise.”

This also pulls a little on the idea of chivalry as consensual – I think it’s important to have enough awareness over chivalrous acts that you stop opening doors, holding umbrellas, rising when the courtlier stands at a table, if the person in question does not like to be treated that way. 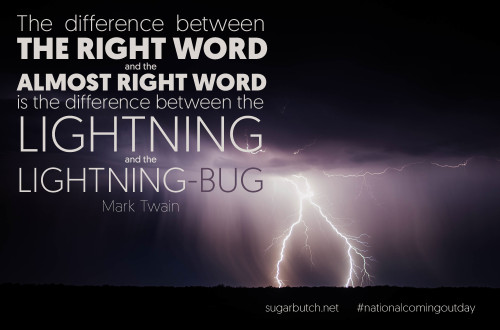