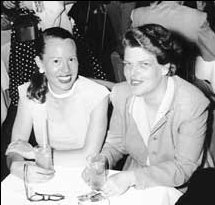 What a better place to start on the 8against8 activist week than to highlight the first lesbian couple to be wed in California after the state’s Supreme Court overturned the ban on same-sex marriage in May of 2008. In June, Del Martin and Phyllis Lyon were legally wed after being together for over fifty years.

UCLA’s Williams Institute on Sexual Orientation Law and Public Policy projected in June 2008 that about half of California’s more than 100,000 same-sex couples will wed during the next three years and 68,000 out-of-state couples will travel to California to exchange vows. (via Wikipedia)

Del and Phyllis met in 1952 and were founding members of the Daughters of Bilitis, the US’s first lesbian group, who also published a magazine called The Ladder (you can stop by the Lesbian Herstory Archives in Brooklyn to see all the old issues of The Ladder). There’s a great video of Del & Phyllis speaking about the DOB on YouTube, please do check it out.

More information at their wikipedia page and also in the documentary film No Secret Anymore: The Times of Del Martin and Phyllis Lyon, which looks like it’s replayed on PBS on occasion. (It looks like the New York Public Library might have copies, but you can’t actually check them out. I’d really love to see this – if anyone knows how to get hold of a copy, please do let me know.)

Below is a video clip of their exchange of vows.

Del Martin is a bit of butch eye candy herself … there’s a sort of a sneer to her smile, isn’t there? I can’t quite place it but I can sense it. Del died in August 2008 in San Francisco, with her wife by her side. She was 87. 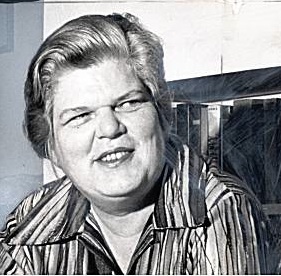 As a budding young activist and baby dyke, discovering the stories of Del and Phyllis were profoundly moving for me… I remember staring at their reproduced black & white photographs in lesbian history books and being profoundly grateful for all they had endured, incredibly sad for the bigotry they experienced, deeply moved by their perseverance and dedication, so relieved that I live in a better time – a culture that tolerates (if not occasionally celebrates) my gender identity, my sexual orientation, and even my history, where my particular subculture came from. There are so many scholars and activists out there doing work on the history of the queer activist movements in the US, and looking through some of Del and Phyllis’s stories always reminds me how recent so much of this history was made. 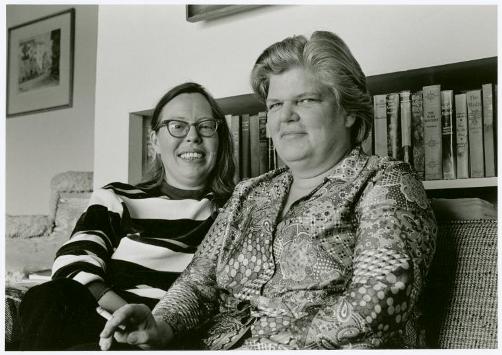 I know, I’m young, it’s true; I’m 29. I’ve been blessed to grow up in quite a gay-tolerant culture. I look at gay & lesbian activist history in the 50s and 60s and I see my own history, my own legacy, my own inheritance. I’m thrilled to have shoulders like Del and Phyllis to stand on, and to stand up for. I’m so, so glad that they were legally married before Del passed away, so glad they got to witness the beginnings of the legalization of gay marriage in this country.

This history isn’t over yet, though. This is a living history, history with a pulse and breath, with driving activism forces behind it. We are changing things – we already have. 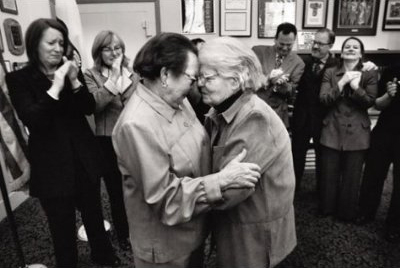