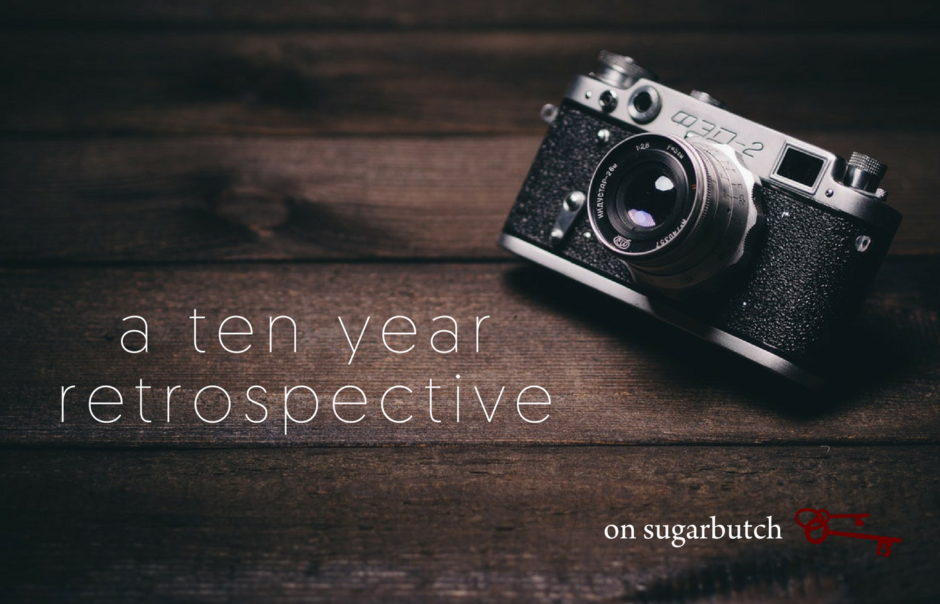 I was in New York City in November and met up with Bill Wadman, an amazing portrait photographer and friend of mine. As we were catching up we realized that he’s been photographing me for ten years, so I started thinking back on the experiences with him, the way things have changed over that time, and how portrait photographs can be a powerful tool of identity reflection.

My first shots with him were in 2007 for his 365 portrait series. Many of the folks I was in community with were part of it, and I threw my name out to him, too … I didn’t know what to expect, but I went over to his home studio with some ideas. He spent a lot of time with me, through multiple outfit changes and my nerves and even a performed poem at his old-school microphone. These shots weren’t the one he used for his project, but these are the ones I like best.

These were the first professional photos of myself, I think … aside from school portraits. Definitely my first “photo shoot.” I’d been an avid self-portraiture explorer since 2000 or so, but I was coming in to my butchness in new ways in 2005-6-7, and so I was seeing myself anew. Having someone else see me like this was gratifying … and kind of shocking. I remember staring at these photos a lot. Is that really how I look? Are you sure? It seemed magical.

I did three shoots with him in 2012. That was one of the hardest years of my life, and it was one of those years where I reached out to a lot of different photographers and did many shoots. The first one, with the red flogger against the brick wall, has been used many places since. While I’ve used some of the photos from the shoot later in the year, it was also a time when I was in deep depression, and the photos, while technically beautiful and very accurate in their capture of me, are really sad. My face is … surprising.

There’s actually one more shoot from 2012 that is missing. I’d had this vision of a photo of me in a white button-down, sleeves rolled up to the elbows, next to a clawfoot tub with a femme covered in bubbles, and me shaving her legs. Bill said, “If I find a clawfoot tub, will you and Kristen model?” and made it happen. It makes me sad to look at it. I’m not including it here, but I’ve seen it make the rounds on Tumblr, and it’s over on my Flickr.

There’s one — the middle one from 2015 — that I think is my favorite photo of myself ever taken. That whole shoot, though, are some of my favorites of all time. I’m not sure what it was, but I felt confident and so like myself, I’d just had top surgery, I was getting healthier in my body, and I was appreciating being back in New York for a small trip.

The 2017 photo shoot was for his second 365 portraits project. rife is also in this year’s portrait series, from the summer when Bill and his wife Heather were in San Francisco, but I waited until I was visiting New York to do a portrait with him. We met up at the gay boy bar Therapy because I remembered their all-gender bathroom as kinda epic, so we took some photos in there at the urinals. They show a different kind of me than the others, I think. More grown up. Maybe a little more wise. More playful. More … solid. More something.

Thank you, Bill. Here’s to another 10 years of friendship! 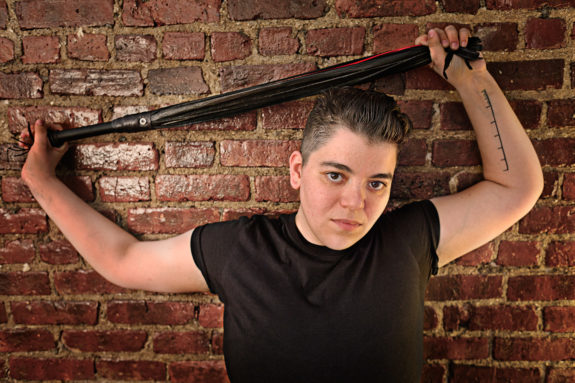 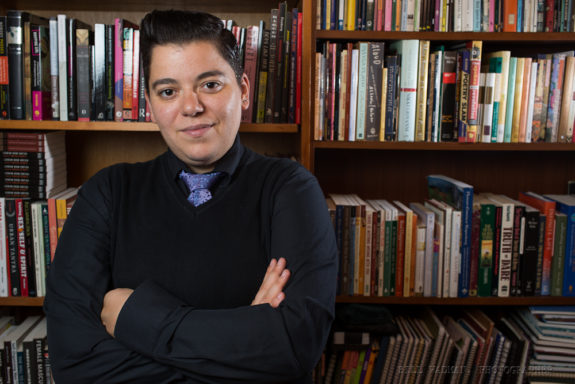 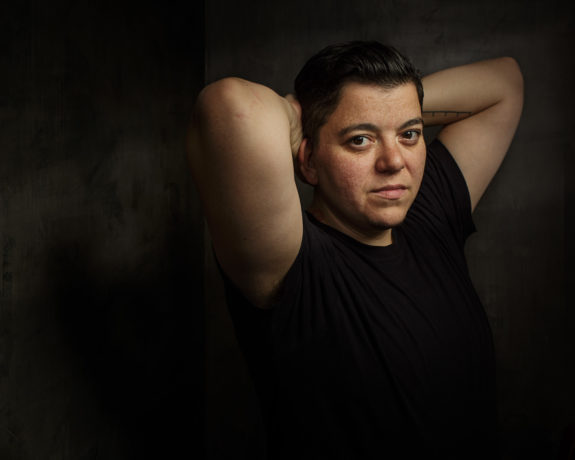 PS: I used to keep a lot of photos over on Flickr, and I still upload galleries from photoshoots there. You can browse through more of the photos from these shoots (and others) if you’d like.