Amy Butcher is exactly that and when she isn’t wrestling with the responsibilities of that twist of nomenclatural destiny she writes, facilitates workshops and does massage in San Francisco. Her murder mystery Paws for Consideration was published in 2011. Find her at amybutcher.com

Andrea Zanin, a.k.a. Sex Geek, wears glasses when she fucks. For over a decade, she has been teaching about queer sexuality, polyamory and BDSM/leather for universities, colleges, sex shops, community groups and conferences in Canada, the States and internationally, and she takes an anti-oppression approach to all her work. Andrea is pursuing a PhD in women’s studies at York University with a focus on Canadian leatherdyke history. She writes about alternative sexuality for numerous newspapers and magazines, blogs at http://sexgeek.wordpress.com/, and pens erotic fiction (recently appearing in Tristan Taormino’s “Take Me There: Trans and Genderqueer Erotica”). Andrea co-organizes the annual Canadian leatherdyke weekend An Unholy Harvest, runs a pervy book club called The Leather Bindings Society and judges the occasional leather contest (including IMsL 2009). She lives in Toronto and enjoys doing yoga, cultivating M/s relationships with exceptionally high-quality individuals, eating fine dark chocolate and wearing really nice shoes.

August InFlux (augustinflux.wordpress.com) is brand-new to the wonderful world of writing. By day, she wanders around San Jose State University (California) campus as Big Queer Activist. By night she hides in her Bat Cave and homeworks it up until the wee hours of the morning. On weekends, she dons the guise of a housewife and bakes up a storm in her apron and high heels. She loves being femme, as a boy or a girl, and thinks monogamy as it relates to her is silly.

[rife] is a genderqueer leatherboy from Texas. They work as the lead artist for the GENDER book project, which is a visual primer on all things gender. When he isn’t doing that, he can be found doodling, pulling prints, welding, walking in the woods, or getting flogged by some butch hottie. Mel has a BA in studio arts from Rice University and even though he’s a recent transplant to Oakland, he will always be a cowboi at heart. Follow his work at www.thegenderbook.com or see more of rife’s art at www.rowdyferret.com.

kd, International Ms Bootblack 2011, is equal parts bootblack to artist. The very nature of leathercare, leather worship, and leather community are all similar and connected to the core of being an artist. kd uses her art as a platform for conversation and education, and similarly uses her bootblacking as a means to support her community, open up dialogues about leather, and get her hands good and dirty. kd is also the creator of SALACIOUS, a queer feminist anti-racist sex magazine, looks to meld high art, stunning visuals, and written erotica. www.salaciousmagazine.com. 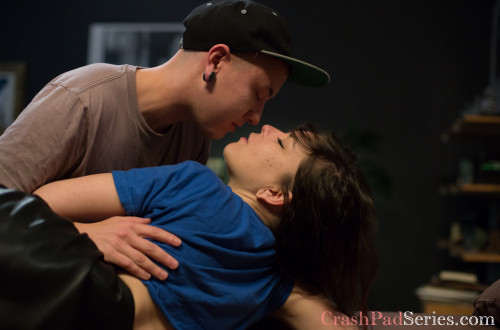