So I mentioned that Babeland has a new Gender Expression category, and I’ve been going through many of the products, trying ’em out. In fact, I’m behind. Mostly because of the event on Saturday and the last month of events, but also because I’ve been so busy USING these things that I haven’t made time to write about ’em!

I still have to tell you about the double panel compression shirt and the pump & cylinder kit. Those will be next.

But for now, Babeland sent me two different stand to pee (STP) devices that I’ve been playing with.

These can be for “gender play,” but they can also just be something useful for many of us. I can’t tell you how many times I’ve been in a public restroom in NYC or out in the woods camping or in some port-a-potty somewhere thinking, why don’t I have one of those STP thingers?

Now, of course, I have to remember to bring them with me AND have them on me when I head to a bathroom, but it’s a step.

Here are the two that Babeland carries. There are a few others, but these seem to be the best of the best that are available—the others are more bulky, awkward, or of questionable materials. 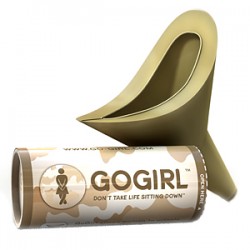 Go Girl comes in pink and camelflage. (Really? Gender a product much?) And it’s called “Go Girl.” Is that necessary? Seems like they are kind of cutting out a potential part of their audience—us genderqueers and masculine of center folks—and aiming for the ladies.

Whatever, I can kind of overlook that, it doesn’t really matter if “Go Girl” is etched into the silicone plastic through which I pee.

Plus: Made out of silicone, so it’s easy to clean. Very flexible and thin, so it rolls up into a tiny little carrying case, which makes it easy to carry around.

Minus: It’s kind of hard to get a good seal, and not so intuitive to use. Definitely takes a lot of practice, though it’s possible. 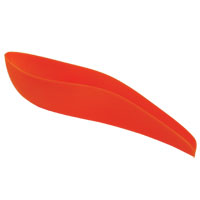 Mine’s green, but I dig the orange one too. The packaging is a lot less gendered, which I like, and it comes in a bunch of colors, like white, blue, and lavender.

Plus: Easy to use. It might take a few tries (I suggest getting used to it in the shower), but eventually the seal feels secure and that’s what has been the biggest difficulty for me, in getting used to these.

Minus: It doesn’t fold up, so it’s a little bit bulky, and doesn’t really have a carrying case, so you might want to come up with something to carry it in so it doesn’t accidentally get lipstick or pen marks or something on it while it’s tossed into your bag. It’s not very easy to slip subtly into your pocket, which is too bad, but I still much prefer the way it works.

This was the clear winner, for me, of the two.

I actually have one other that is basically a medicine spoon with a hole in the end that I purchased at some wimmin’s event in the late 90s … I don’t necessarily recommend that style, it’s pretty hard to get the placement right and since the medicine spoon is a pretty small volume in the container, sometimes it can get full really quickly.

I have seen a couple of STP packers, also, and I actually purchased one when I was in the midwest this past spring. I’ll have some notes for you on that in another post, eventually. (Basically: it’s pretty rad.)

Have you used an STP of some sort? What’d you think? Is it something you carry around all the time, or use rarely? Any suggestions for other products I should try out? Which one is your favorite?

The P-Style and Go Girl STP devicees were sent to me from Babeland for review. Pick up other sex toys from Babeland, still my favorite feminist, queer, friendly, educational neighborhood sex shop. 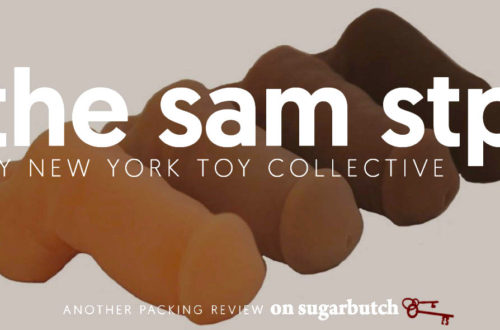 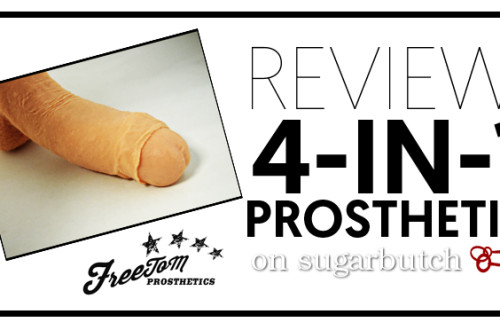 5 thoughts on “Review: A Couple STP (Stand to Pee) Devices”