Can you believe it’s been a year since Sideshow started?

Cheryl & I have done quite a lot in that year, including having some incredibly well-known authors come through our little stage at the Phoenix, and Cheryl being diagnosed with hodgkin’s lymphoma and her first reading with a shaved head, and the announcement of my first anthology. We have video from one month, October, and we hope to do more of that in this next year. We’ve still got some fantastic line-ups coming your way this summer and fall!

Since it’s my birthday show, there will probably be some other goodies there also, some giveaways or some baked goods or both. Still cooking up those plans, you’ll have to wait and see.

Come on out for the anniversary show on April 12th where we’ll be exploring the theme of “siblings,” chosen or from your family of origin, featuring writers Anne-E. Wood, Katie Liederman, and Kay Ulanday Barrett.

A CAMPUS PRIDE 2009 Hot List artist, Kay Ulanday Barrett is a poet, performer, educator, and martial artist navigating life as a [email protected] trans/queer in the U.S. with struggle, resistance, and laughter.  Based in NY/NJ, with roots in Chicago, K’s work is the mix of gritty city flex and Midwest open sky grounded in homeland soil. In Mango Tribe and in solo work, K. has featured on stages nationally and internationally; from the NJ Performing Arts Center to the Chicago Historical Museum, Brooklyn Museum to Dublin’s Lesbian Arts Festival, K’s bold work continues to excite and challenge audiences. Honors include: LGBTQ 30 under 30 awards,  Finalist for The Gwendolyn Brooks Open-Mic Award, and Windy City Times Pride Literary Poetry Prize. K. turns art into action, as a dedicated activist who works with LGBTQ communities and was recently showcased at Res Artis as an international panelist/performer in Montreal, Quebec. kaybarrrett.net

Katie Liederman has written for Nerve, GO, Curve, Rap-Up, Velvetpark, Penthouse Forum, V, V Man, Lumina, Looserecord.com, The Archive, The New Gay, and was a resident blogger on Showtime’s Ourchart.com. She received a Bachelor’s degree in English from Cornell University and an M.F.A. in Nonfiction Writing from Sarah Lawrence College.

Anne-E. Wood’s stories have appeared in Tin House, Agni, New Letters, The Chicago Quarterly Review, Other Voices, and Gargoyle among others. She has an MFA in Fiction from San Francisco State and she teaches writing at Rutgers University and the Gotham Writers’ Workshop. She lives in Brooklyn and is at work on a novel. 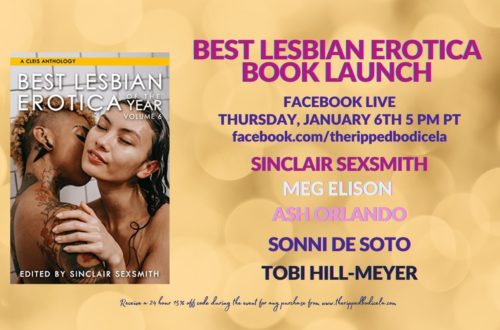