While I was on the plane to Portland for Butch Voices this past weekend, I dug through my files and responded to the last of the questions from the Ask Me Anything questions from Sugarbutch’s 4th anniversary. Expect more of them posted throughout the week.

From some of your posts I think I’ve made an assumption that most of the women you date tend to be conventionally attractive/attractive by dominant culture’s standards of beauty (i.e. not fat, not particularly full figured, Eurocentric features, etc) So my first question is – is that accurate? And if it is, is that something you interrogate within yourself – as part of redefining masculinity (or the social concept that one way to prove your masculinity (in the dominant culture) is to have a (conventually) hot chick on your arm)?—J-Femme

No, that’s not acurate. I have dated girls of various sizes, with various ethnic backgrounds, who often have not fit into the dominant culture’s standards of beauty. I am definitely attracted to femininity, and those who are submissive in bed, but there are many unconventional qualities I look for in a date or a lover or a relationship, and the things I need in someone I date have nothing to do with conventional beauty—self-awareness, self-acceptance, empowerment, embodiment, expression. I date people I’m attracted to, and always have, regardless of cultural beauty standards (or, sometimes, regardless of what I know about my own orientations—which is how I have ended up dating femme tops, on occasion).

I haven’t always stated what the girls look like exactly, and I haven’t written about all of the girls that I dated in the last four years—some of them didn’t want to be written about, for example. I decided purposefully to leave out much of the physical body descriptions, partly because I was telling true stories from my dates and relationships, and, for a while, while I was still writing online anonymously, I didn’t want to expose myself. After I was out, and honest about writing about the people I was sleeping with (a lesson it did not take me long to learn), I asked permission to write about someone, and I respected what they wanted, which usually was to keep them as anonymous as possible.

Also, I decided deliberately to leave out many physical body descriptions about body size, shape, skin color, and hair qualities in order for the readers to superimpose themselves and their own experiences as much as possible onto the story. It’s a challenge to portray things like body size or ethnicity in writing without fetishizing it, in general and for me specifically, and especially as I started writing more and more erotica, I adopted that as a deliberate stylistic choice.

This policy of not describing women’s bodies in unconventional ways in my erotica hasn’t always worked the way I wanted it to, though. I’ve been criticized before for not including more full-figured women in my erotica. Sometimes I want to point out the stories that I’ve written and ask someone to point out where it says that they are thin—but I also recognize that by not stating it, I’m riding by on some assumptions. I’m letting people believe what they want to believe, and our brains tend to assume certain things, which usually line up with the dominant cultural norm, unless otherwise stated. That is not particularly effective activism.

But this is not necessarily activism—these are my fictional(ized) stories. This is art, and this is the thin line between art and activism. The activist in me wants it to be one way, driving home points about unconventional beauty and body size and features, but the artist in me reads those descriptions and cringes, because they feel unnecessary, surpurfluous, forced, awkward. I’ll keep flirting with that line, and hopefully find a place where the stories can rest, instead of pushing something into it that doesn’t belong, or ignoring an important opportunity for celebrating unconventional standards of beauty.

Secondarily: Yes, it is very important to me to interrogate the ways that the dominant culture views someone as more masculine if they have a conventionally beautiful woman with them. I have certainly done a lot of thinking about that in my relationships and my own orientations, and I’m frequently thinking about it in terms of what I’m representing through my erotica. My stories about Kristen have been criticized because of how I depict her multiple orgasms—people saying that most women don’t come like that, for example. Yes, I know that. I know that not only from the mountains of feminist and women’s sex books that I’ve read but also from my own experiences over the past ten years dating and fucking women. But here’s the thing: that’s what happens. Kristen is a real person and that is our real sex life, and that is the way she really comes. A dramatization or slightly fictionalized version of our sex life, sometimes, yes, but always based in truth.

Yes, I tend to be attracted to femininity. Yes, I tend to be most turned on by girls who are a little smaller than I am—I like to be able to throw them around. But I know butch tops who are really into girls who are bigger than they are, because it makes them feel all the more like a badass top. But there have been occasional femme tops who turn my head, some of whom I’ve dated. And there have been occasional butches or guys who got me all crushed out, too.

It’s a delicate balance between knowing myself and understanding that certain things just work for me more than others, and also being open to trying something if a sparkle comes along and surprises me. I don’t want my orientations—sexual, power, gender, or otherwise—to get in the way of a good fuck, or potentially good date or relationship. I try to keep myself challenged that way. It’s tricky because some of the things I am most oriented toward do line up with some conventional expectations—butch top / femme bottom, for example—but not because it is unexamined. In fact, it might be more because it is over-examined, because I know so much about gender and sexuality that I fetishize the conventional.

I don’t care about having a “conventionally hot chick” on my arm—what I do care about is having a girlfriend, a sexual partner, someone to play with that I am attracted to, with whom I can communicate, who is commited to our sexual growth, both separately and together. 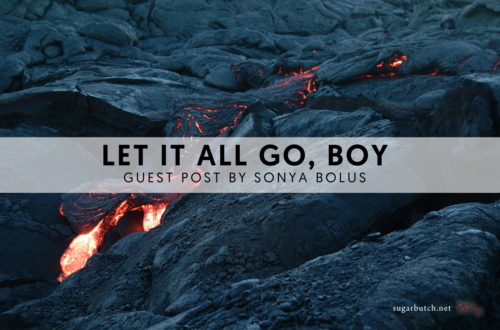 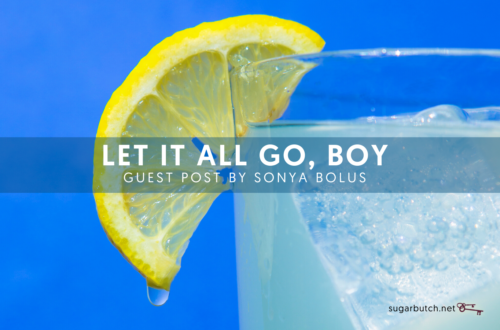 26 thoughts on “Ask Me Anything: Standards of Beauty”