I decided not to drink in August. I’ve done a few periodic breaks from alcohol over the last few years, but I haven’t done that recently, so it was about time to try it again. 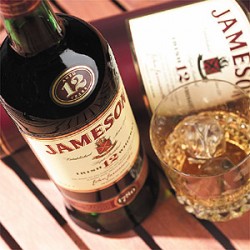 A quick whiskey on the rocks and I am good to go. That tightness in my chest, the clutch around my heart, the panic, the cloudy mind, all lighten and start disappearing.

Someone told me once that I should be medicated if New York causes me so much anxiety and stress. I snapped back that if it got to that point, it clearly wasn’t healthy for me to be here, and I would leave. And as much as I hate to ever think that she could have possibly had a point, I have to wonder if that might be true. Of course there are things one can do before one medicates. I can change my lifestyle, change my nutrition, change my daily habits, exercise more. I think I’ve been overcompensating with alcohol, trying to avoid the realities of the stress of this city and the lifestyle here.

I remember talking to my therapist about this at some point, wondering if I was drinking too much. I wondered if drinking every single night—not to the point of drunkenness, just to the point of subduing the panic—was something I should look at, be curious about. She said she was more interested in my lack of restful sleep.

Well, now I sleep restfully. Now I don’t have to get up at 7:30 am to commute to a corporate job, and I get enough sleep. The nightmares are less. The insomnia is less, usually. My mind quiets and calms at night, usually.

But I still drink.

Aside from detoxing, aside from possibly dealing more directly with my anxiety, I want to cut down on the calories I take in. You’ve probably seen Kristen’s Twitter stream, she bakes constantly, and cooks delicious food, and while that makes me very happy, it has not been wonderful to my waistline. I’m struggling to squeeze into my old jeans. I’m also 31 now, and I think something happens to the metabolism in the late twenties-ish time, and my body just doesn’t process like it used to. Plus, though I’m no longer sitting at a desk at a corporate job all day every day, that also means I’m not making time on my lunch breaks for a trip to the gym, and I think some of my habits have changed. I need some new ones. I joined a gym, I’m back to jogging and lifting weights, I’m trying to get a regular schedule going.

One of my favorite writing and life mentors, Tara Hardy, has a poem talking about her sobriety, and says “Ask yourself, what would it mean if we all got collectively un-numb? In touch with possibility daily? That’s what I’m asking. Put nothing between you and your disappointment, and your grief, and your rage, and what they want us to believe is dangerous: hope. Desire. Need. Meet your need naked.” I’m thinking about this as I’m nearing the end of week two of this cleanse, this voluntary brief temporary period of sobriety, and as I keep thinking how easy it would be to pop open that beer that’s in the fridge.

I’m experimenting with a more focused and deliberate Buddhist path, too, and one of the Five Precepts is to abstain from escaping from consciousness—traditionally, this stated as abstaining from alcohol, but it can be many things that we use to turn our brains off, from a video game to a joint to whiskey to working out to mindless tv to surfing the Internet. The sangha I attend most often has a very contemporary interpretation of the precepts, seeing them as not so much as rigid guidelines as much as attempting to see their essence, to get at what the rule was getting at, and to apply consciousness to the practice. So it’s not so much about abstaining from alcohol as it is being mindful of the reasons why we are drinking, often the same reasons why I watch episode after episode of 30 Rock, or surf around on tumblr for hours.

I know I use alcohol to escape my mind, my suffering, my emotions.

So I guess this brief stint of sobriety is attempting to experiment with that, too.

I’m also doing a sacred intimacy/tantra workshop in the end of August, a similar one that I did last year, only this year I am coordinating the workshop and attending as a staff member. I’m thrilled about that, one of my intentions for this year was to deepen my tantra practice, and my involvement with the tantra school with which I’ve been studying for almost ten years now took a leap. Every time I do one of these workshops, they recommend doing a little bit of detox and not ingesting substances like drugs or alcohol for the few days around the workshop, and I often do about a week of sobriety leading up to one of them. This time, I figured I would extend the time to an entire month, as an experiment, and see what happens.

It’s easy to drink. It’s harder not to, it’s harder to sit with what I’m going through and harder to order club soda and lime at a bar, harder to breathe through the social anxiety or excitement or turn down a nice glass of wine at dinner with friends. But it’s temporary. And perhaps I’ll learn something. 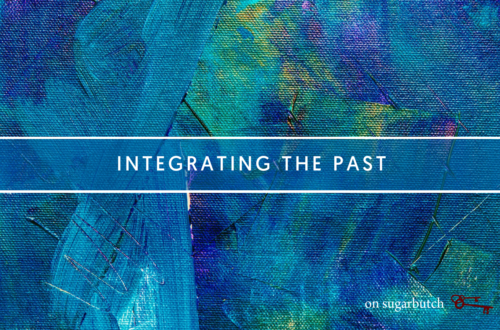 8 thoughts on “A Brief Period of Sobriety”