I’m back in Brooklyn after a ten-day adventure in the Pacific Northwest. It might be the longest trip I’ve ever taken, aside from that semester abroad in London when I was an undergrad. Did you even know I was gone? I mentioned it a little bit on Twitter, but I didn’t make a big post about it before I left, partly because I was so busy preparing to get outta town. I grew up in Southeast Alaska, and took Kristen there for five days to see the little hippie town, and we also spent four days in Seattle, where I went to college, visiting friends and a few of my tantra teacher mentors, and we drove over to the Olympic Peninsula for a day to visit some fantastic friends and some of my relatives. The whole trip was pretty fantastic, though so full of events and people and exciting adventures and mini-events that I’m surprised we did so much.

Now that I’m back, I just want to curl up. I don’t really want to face all the stuff that is here on my desk waiting for me, the hoops I need to jump through, the things I need to tick off of my to do list. Though some of the things waiting for me on my desk do include new harnesses from Aslan Leather, a new glass toy from Don Wands, and a blindfold from Babeland—and those are really exciting, a little less of a bourdon and more of an adventure. I’ve also got a lot of books to read! I hope I can spend some nice down time on the couch with the air conditioner cranked up high (it’s in the 90s in New York, which is an instant reminder about why I want to move back to the west) with a cocktail.

And of course, the minute I get back online to work on Sugarbutch, one of the first things I did was break my theme by doing an automatic upgrade. Stupid, I know, that I didn’t back it up first. And now I’ve spent the last two hours fixing it, and it doesn’t look like it used to, I know. But it gave me a chance to implement a few things that I meant to do long ago, and it looks okay, I think.

Aside from this extra work I made for myself, I’ve got a lot of other stuff to do. I am itching to write, I’ve got some columns I’m working on, some anthology submissions, and have a long list of inspired posts, and I really want to write some erotica. I haven’t done much of that lately, have I? I’ve been spending most of my time trying to figure out how to get my life going, since I don’t sit at a desk employed by someone else all day anymore. And since I don’t spend as much time daydreaming, since I can just go grab my sweet girl if I want a sex break. I know, I’m way spoiled. It’s great. I highly recommend it.

Meanwhile, here’s a photo I snapped from my mom’s house, looking out over my little hometown. I do love that place, there are so many things that feel so right and calming, but it’s good to be back to my life. 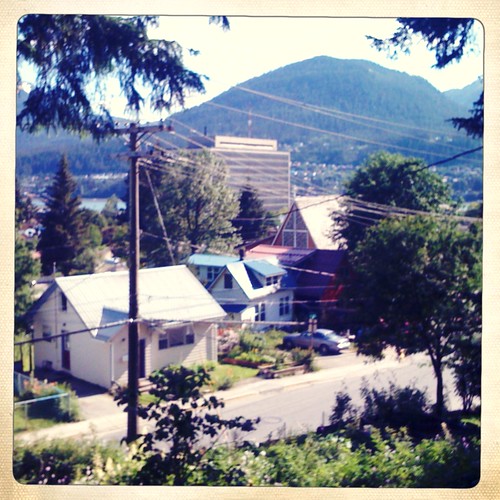 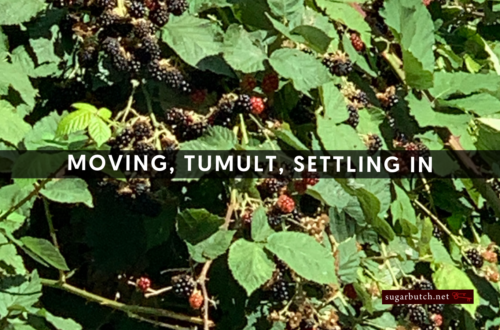 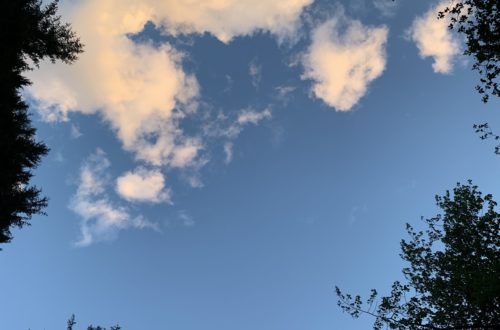 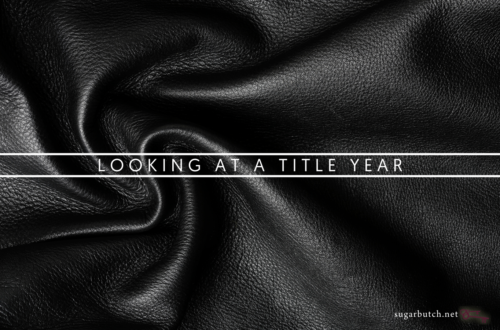 4 thoughts on “I’ve Returned From the Rainy Pacific Northwest!”