To be honest, I don’t use Sugarbutch often enough as a platform (ahem soapbox) to preach about safer sex practices, and I should. It is fucking important. Since I came of age in the ’90s, pretty much after the Lesbian Sex Wars and the AIDS crisis of the 1980s, the people in the queer and kinky and sex-positive community I came into pretty much see safer sex as a given, which is what I learned early on in my process of coming to my sexuality. I am unapologetic about my use of safer sex practices, and while some folks I know have that pang of “oh crap I have to put a damper on the mood and go get my gloves and condoms,” I think that’s just part of the fucking.

I do get occasional comments about my stories on Sugarbutch and how the characters do not use condoms or other barriers. There are a couple reasons for that (in my head) but ultimately, whatever excuses I have for it are kind of futile. It doesn’t really matter if I understand it – the point is, I need to be modeling safer sex, so I will make a commitment to do so.

HIV and AIDS are obviously just one small part of what safer sex means. Honestly I’ll have to do some particular research if I want to make a whole safer sex post – I think in a nutshell it means a) use condoms, dams, and gloves and b) talk to your partners about their sexual history and c) get tested.

It also means, however, sexualizing the act of using barriers. Condoms are still seen as ugly, stifling feeling, and inconvenient – and if we can remake that sexy, more people will practice safer sex. I don’t particularly know how to do this, but I do know that in my own sex life, adding condoms into the process of strapping on a cock feels very gendered in a really hot way, and I have sexualized that act quite a bit. I have more to say on this, but until I get my own thoughts together, think about it: how would it look to sexualize safer sex practices in your sex life? How could you model safer sex in better ways?

If others have suggestions on important things to tell readers about safer sex, please let me know in the comments.

But: back to World AIDS Day. That would be today, December 1st. 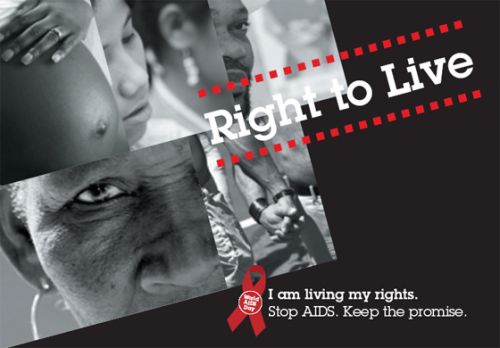 Started on 1st December 1988, World AIDS Day is about raising money, increasing awareness, fighting prejudice and improving education. The World AIDS Day theme for 2009 is ‘Universal Access and Human Rights’. World AIDS Day is important in reminding people that HIV has not gone away, and that there are many things still to be done. According to UNAIDS estimates, there are now 33.4 million people living with HIV, including 2.1 million children. During 2008 some 2.7 million people became newly infected with the virus and an estimated 2 million people died from AIDS. Around half of all people who become infected with HIV do so before they are 25 and are killed by AIDS before they are 35. The vast majority of people with HIV and AIDS live in lower- and middle-income countries. But HIV today is a threat to men, women and children on all continents around the world. – World AIDS Day text from avert.org

I don’t really consider myself an AIDS activist, not specifically. Indirectly, though, yes – through safer sex advocacy, and through my ever-evolving knowledge of gay history – but I haven’t been heavily involved in a lot of direct AIDS activism.

When I think of AIDS, I always think of the history – specifically, the gay history, the ways that in the US, AIDS has been associated with gay men since the early 1980s. In fact, the first name for the disease, in 1982, before anybody knew what it was, it was called the “gay cancer” and then GRID – “gay related immune deficiency.” That turns my stomach, even now.

I identify more as the child of the AIDS activist movements rather than part of it myself; the activism has significantly declined since the 1990s, probably because the treatments have become more and more effective and the stigmatization around AIDS has lessened.

I often feel a really specific loss when thinking about this epidemic and the direct effects in the GBLT communities. The estimated number of men who have died from AIDS by contracting it through male-to-male sexual contact is more than 22,000 (according to avert.org’s transmission stats).

I remember meeting some older gay guy in college who was a guest speaker at one of my queer classes. He came in with a photograph of a big group of gay guys at a retreat weekend they’d been on, horsing around and cooking and having a great time being with each other. He said, of all of these guys, I am the only one left. I am the only one who made it beyond 1992. There is no reason it should’ve been me – I was no more or less careful than any of them. But for whatever reason, here I am. They are all gone.

And the absence was so tangible, in his voice, in his stories. He pointed them out, one at a time: this one was in grad school to be a social worker, this one worked with kids, these two were a couple who dreamed of adopting a baby, this one was an amazing writer, this one a pianist. There was so much talent, so much activism, so much potential, lost.

When I think of AIDS, I think of that history. I think of that scar left on the LGBTQ communities that I have inherited. I think of how scared some young queers are of sex, having been brought up on all this knowledge of disease and death. I think of some of my mentors, whose eyes still get glossy with tears when they talk about some of their dearest mentors, lost to this disease.

And now, in the 2000s, AIDS is portrayed pretty differently: a lot of the focus is on Africa and the rate of infection over there, and the rate of apathy over here. This is partly where this topic gets huge and nearly incomprehensible to me (like the difference between five hundred million and five billion dollars. I know there is a difference, I can do the math, but I can’t actually comprehend those amounts in worth and money):

Two-thirds of all people infected with HIV live in sub-Saharan Africa, although this region contains little more than 10% of the world’s population. During 2008 alone, an estimated 1.4 million adults and children died as a result of AIDS in sub-Saharan Africa. Since the beginning of the epidemic more than 15 million Africans have died from AIDS. (source)

Sometimes it seems like this is so far removed from me, but because of globalization and our increasing interconnectivity, and because of the injustices of a system which turned a blind eye to thousands of GBLT deaths, I still know I am connected to it.

I still wish I knew more about what to do about it. It feels like such a big, huge thing, and all I can do is scream into the void and pretend like my voice will do something. Ya know?

It seems like all that anybody’s doing in the US these days are those various (RED) campaigns – I think Starbucks has one, and The Gap, and somewhere I read today said Nike is selling red shoelaces – and I feel kinda torn about the way corporations do that. I think on the one hand, raising awareness, and using an already established brand to get information exposed to all sorts of people, is good, and raising more money is good. I feel like it’s not “real” activism, though, and not very effective, and often thinly veiled attempts to get more sales (because really, these are capitalistic corporations who honor the bottom line of making more money, no matter what their occasional campaigns to help humanity might be). So, I’m skeptical, but I suppose any money at the issue is good, and any awareness raised is good.

Alright, </soapbox>. Thanks for reading. 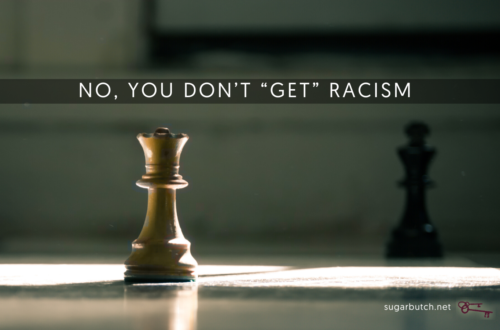