Announcing A Celebration of Butch Voices…

An evening of performance, fashion and general butch mayhem to celebrate the diversity of Butch Voices with performances by award-winning gender illusionist Dred; Nedra Johnson, poet Renair Amin and dorky dyke comic Kelli Dunham. The evening will include a fashion show developed with the help of Paris Amari of the Sophisticated Aggressive Gents as well as a butch cook-off.

Created by Mildred Gerestant, Dred’s act is a gender-bending roller coaster ride alternating between man and woman, outrageous and serious, ironic and sincere. Using a blend of poetry, dance, music, and monologue, she explores the fragile, fluid definitions of sexual identity and cultural stereotypes. “A funky, fly, supernatural high, poetic and musical performance on gender fluidity.” The United Nations says: “To her work, whether in drag or otherwise, MilDréd (Dred) brings a sophisticated understanding and insight into issues or race, gender, ethnicity and using the medium of theatre and dance to break boundaries. I have often brought activists from developing countries (with whom I work at the U.N.) to her performances when they visit New York.. They are unfailingly fascinated and elated by her performance…..”

Nedra Johnson is a singer/songwriter multi-instrumentalist born & living in New York City. Her unique style of guitar playing is unmistakably informed by her many years as a professional bassist and keeps her live solo acoustic performances more on an R&B tip then what one might expect of a “girl with a guitar.”

Nedra’s self-titled sophomore release is a 2006 OUTMUSIC Award (OUTSTANDING NEW RECORDING – FEMALE) winning, joyful mix of R&B, funk, rock and gospel. Honest in integrity to the music as well as the lyrical content, each song is a testimony of her experience as a black openly lesbian woman in love, spirituality, community and or politics. From the first song “Ahha (It’s A Good Thing)” on through to the Maxine Feldman tribute version of “Amazon,” this is proudly womyn’s music and a great example of how Nedra has grown as a writer, arranger, producer and musician. Featuring lush background vocals and danceable grooves, Nedra makes the personal political and the erotic downright spiritual.

Renair Amin is no stranger to the arts. An author, spoken word artist, producer, radio host and entrepreneur, she has been featured in numerous print and online publications in the LGBT community and has performed extensively, gracing stages in Atlanta , Rochester , New York City and her native Philadelphia . She is the host of Speak Your Myne, a monthly open mic in Harlem , NY and the Myne Myc radio show, both produced under Pmyner, Ltd., her company for the LGBT literary, visual
and performance arts communities. She also acts as an associate producer with the OutFM Collective on WBAI (99.5 FM) in New York City. She resides in Far Rockaway, NY.

Kelli Dunham is a Fresh Fruit award-winning butch comic based in New York but is always traveling everywhere and never quite certain where she’s left her underwear. She has two comedy CDs to her credit: “I am NOT a 12 Year Old Boy” and “Almost Pretty” and is the author of four published books of light hearted nonfiction and a frequent contributor to humorous anthologies. She was been featured on Showtime’s Penn and Teller Bullshit the Discovery Channel. She reads too many books to be able to relate to most humans in any normal way. 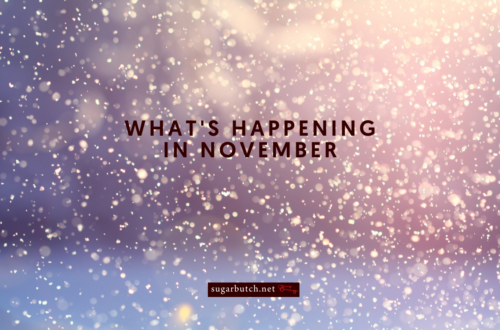 3 thoughts on “A celebration of Butch Voices”