Her birthday was actually last weekend, but it’s taken me nearly a whole week to recover from all the goings-on from the past week, and I finally realized I never posted this, even though I prepared it to be posted for her birthday. 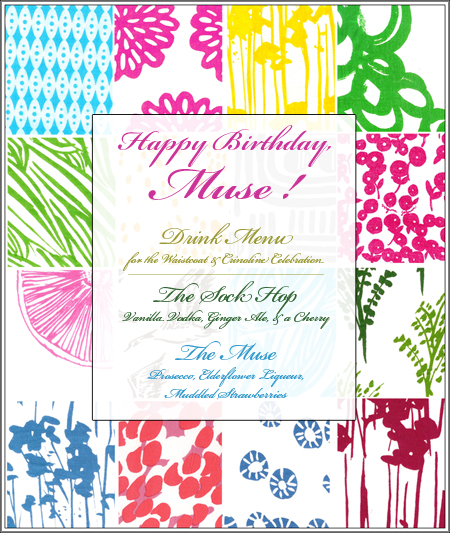 Muse’s girlfriend and I threw a little cocktail party last weekend – Waistcoat & Crinoline party – with some fantastic food and small group of good friends. The Sock Hop is Muse’s signature when she’s not drinking prosecco – a drink that up until recently was unnamed, but Bevin suggested the Sock Hop and it stuck immediately. This was the first obvious choice for our cocktail party drink menu.

The second drink was suggested by my new roommate – since of course we were going to have copious amounts of prosecco, so he suggested adding Elderflower liqueur and muddled strawberries. Turns out this is a delicious concoction! And it has now been officially cristened “The Muse.”

Muse looked amazing, she was in her best naughty June Cleaver outfit complete with pink stilettos. Most of the other guests were in vests and ties, myself included.

Read through a few of her guest posts and perhaps send some love her way, or encourage her to write more (she’s a little shy about her writing). And join her in wishing her happy birthday, will ya? 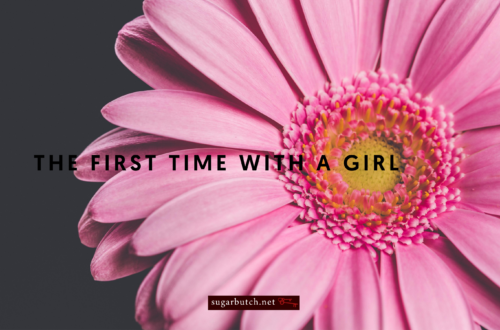