I’ve added a Definitions page, for a brief introduction to some definitions of terms I often use in my analytical/theoretical discussions of sex, gender, & relationships:

“Butch flight” – The concept refers to the dwindling number of butches in the queer communities, specifically in regards to that butches are now transitioning to be men, FTMs, transgender, or genderqueer. This is actually highly controversial and many people say “there’s no such thing as butch flight.” The concept can become quickly transphobic, and I think that is generally why the denial enters in. In my observation, it’s quite obvious how few butches there are in the community, and how even fewer masculine-looking lesbians identify as butch. It’s hard for me to say accurately, since I an ten years young in this community, but from my understanding, these numbers are decreasing. That’s the only thing I really mean by butch flight.

Dress-up Test – I’ve written about this in the past. For many years I had no way to define butch & femme, and relied upon what I called the Dress-up Test to gague whether which way someone leaned: if, when you dress up, you opt toward button-downs and slacks, you probably lean butch. If, when you dress up, you opt for heels and skirts, you probably lean femme. Yes, gender is more than just your clothes – it’s also your physical communication, the way your body interacts with the world. But the dress-up test is a good place to start.

Gender Galaxy – People often talk about the “gender spectrum” – mostly as in, “I’m not man or woman, I’m somewhere in between on the gender spectrum.” Looking at gender linearly, with male and female on either end, still leaves gender operating within a binary, with a grey area in between. The idea of a gender galaxy gives much more room to many more identifications. I heard this term kicked around by a few friends in college, but was reminded by Red and looked it up for myself; it appears that the term originated from the article Expanding Gender and Expanding the Law: Toward a Social and Legal Conceptualization of Gender that is More Inclusive of Transgender People by Dylan Vade, published in 2005 in the Michigan Journal of Gender and Law. Actually, just a few months ago, when I was doing reasearch on this, there were less than 10 results on Google – now there are 200. Glad to see this term being picked up!

GGG – A term Dan Savage uses in his sex advice column (and brilliant podcast) Savage Love. Highly highly recommended. As I’ve mentioned before, GGG “stands for ‘good, giving, and game,’ which is what we should all strive to be for our sex partners. Think ‘good in bed,’ ‘giving equal time and equal pleasure,’ and ‘game for anything — within reason.'”

Head on over to that Definitions page to make comments, add your own definitions, or request any terms that you’d like to see defined. 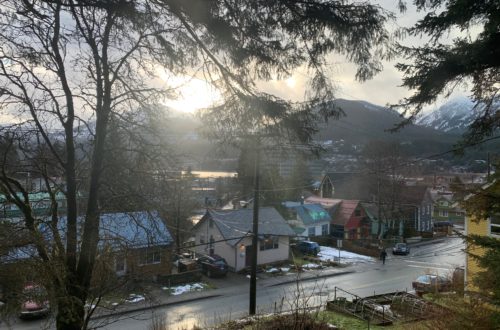 Protected: There Are Gifts In the Dark. Happy Solstice
December 22, 2020

One thought on “Butch Flight, Dress-Up Test, Gender Galaxy, and Other Definitions”